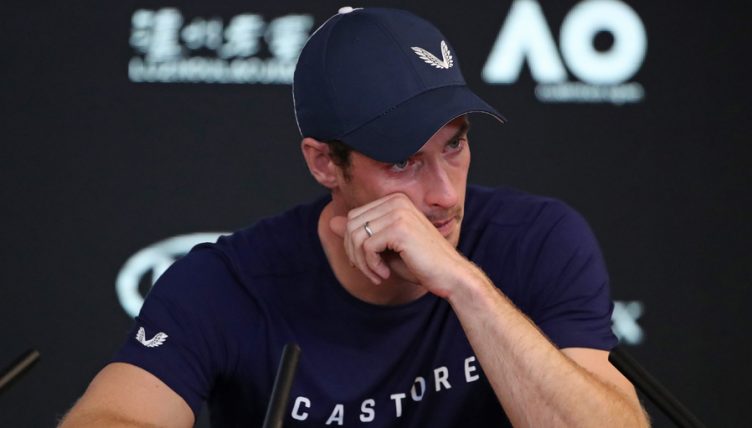 Andy Murray has stunned the tennis world by announcing he plans to retire after Wimbledon this year, although the upcoming Australian Open may be his last tournament.

The former British and world number one has endured 18 months of misery as a degenerative hip injury forced him out of the game.

He has battled back to fitness to try to make a comeback this season, but all but admitted that his attempts to conquer the injury had failed.

“During my training block I spoke to my team and told them I can’t keep doing this,” a tearful Murray told the press.

“I needed to have an end point because I was sort of playing with no idea when the pain was going to stop.

“I said to my team, ‘Look, I think I can get through this until Wimbledon.’ That’s where I’d like to stop playing. But I’m also not certain I’m able to do that.”

“Obviously I’ve been struggling for a long time. I’ve been in a lot of pain for about 20 months now.

“I’ve pretty much done everything that I could to try and get my hip feeling better and it hasn’t helped loads.

“I’m in a better place than I was six months ago but still in a lot of pain. It’s been tough.”

Murray did confirm he would be competing at the Australian Open, but when asked whether it could be his last tournament the response was grim.

“Yes, I think there’s a chance of that for sure, because I’m not sure I’m able to play through the pain for another four or five months.

“I have an option to have another operation, which is a little bit more severe than what I’ve had before in having my hip resurfaced, which will allow me to have a better quality of life and be out of pain.

“Some athletes have had that and gone back to competing, but there’s obviously no guarantees with that, and the reason for having an operation like that is not to return to professional sport, it’s just for a better quality of life.”