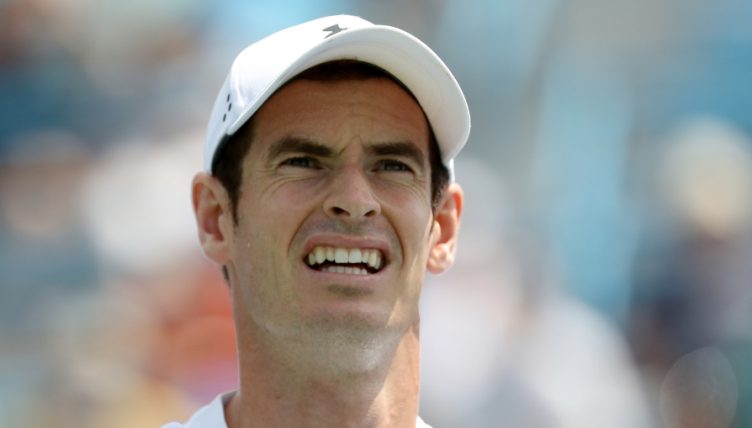 Andy Murray has hinted that he may amend his schedule for the rest of this year if he has a negative reaction to his hip injury at the US Open.

Three-time Grand Slam champion Murray will play his first five-set match since his Wimbledon quarter-final defeat against Sam Querrey in July 2017 when he takes on Australia’s James Duckworth in the first round at Flushing Meadows on Monday.

While the Scot is excited to be playing his first Grand Slam of the season, he admits he doesn’t know whether his body will stand up to the rigours of competition after hip surgery in January.

“Having not played a five-set match for a long time, I won’t know how my body will cope with that until I actually get there and do it,” Murray told the BBC.

“I’m sure I’ll be able to tough it out if I need to – but it might not be particularly comfortable. That’s something I will find out if I’m in that situation.

“It is important for me to go through that and see exactly where I’m at, to see how I feel after playing an extremely long match. That will inform what I do over the next few months as well, maybe show I need to adjust things building up to Australia next year.

“I’m glad to be back competing in a Slam and it’s going to be positive for me putting myself in that position again.”

Murray has entered ATP Tour tournaments in Asia later this year, but it is clear that he is using the US Open as a gauge to what events he will play for the rest of 2018, with his comments likely to concern some of his fans as it is clear he is not yet convinced his hip will stand up to a long run in a Grand Slam event.

Meanwhile, Murray has revealed that his wife and two children have joined him in New York ahead of his US Open return.My family came over to New York a few days ago, so I hadn’t seen them for three or four weeks.

“Obviously the kids change a lot in that time, which is nice in some ways to see after a period because you’ve changed a bit, but also sad that maybe you’ve missed some stuff,” he added.

“I’m happy they’re here. We went to Central Park with Amelie Mauresmo (his ex-coach) and her kids which was nice. And we’ve got friends here with their children so you just find family-friendly things to do.

“Playing at the US Open holds a special place in my heart and I’m pleased to be making my Grand Slam return here. I still wish I was able to play at Wimbledon and not have to pull out on the eve of the tournament, but it is nice to be playing my first Slam in 14 months here in New York.

“I enjoy the tournament because of the energy. When I was younger I used to love coming to visit the city and the tournament itself is very different to the other Slams. It has an amazing energy, it is a great place to play, I love the centre court and having played my first Grand Slam final here, and then winning my first Grand Slam here, I have some great memories.”