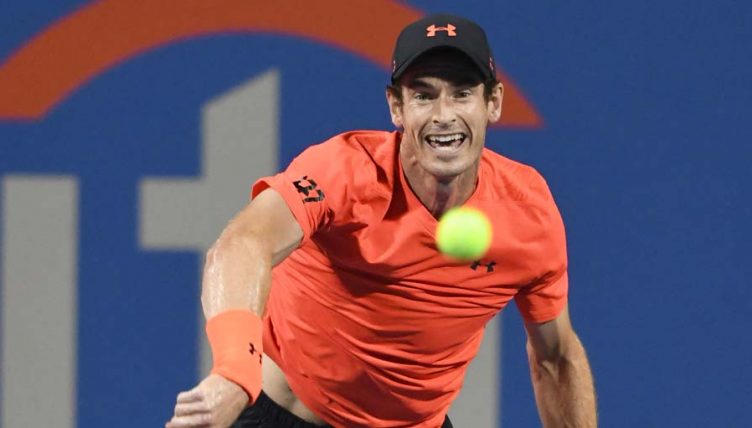 Andy Murray says he is not even considering the possibility that he could win the US Open, and John McEnroe has warned him he may have to get used to that feeling.

The former world and British number one is heading to New York to play his first Grand Slam in over a year following a serious hip injury that required surgery.

Murray has impressed upon his return to the ATP Tour, but he knows that five-set tennis presents a whole other level of challenge.

“For the last 10 years or so I’ve been coming and trying to prepare to win the event whereas I don’t feel like that’s realistic for me this year,” Murray told reporters.

“It’s a slightly different mentality for me coming in than what I have had the last 10, 11 years of my life.

“It’s going take a little bit of time before I get back to that level but I think I can do it. It just might not be this year.”

John McEnroe suffered a similar hip injury during his pomp, and he recalls it really took its toll on his career.

However, with medical advancements since, he hopes it will be different for Murray.

“I never felt like I moved as well as I did the first seven or eight years of my career. That’s hard for that not to be in your head. Andy Murray has had surgery. He’s extremely dedicated.

“I think teams in general, the players, are more aware of what needs to be done, what can be done. There’s a lot of fresh data out there to help players recover. Hopefully he’ll be able to get back to at least close to 100 per cent.

“I think the last thing that any athlete in any sport, in tennis when you’re out there by yourself, you want to at least feel like you’re going out to a large extent on your own terms.

“He’s been out a full year. That’s a long time to miss. There’s a lot of emotions and frustration. Mentally it takes its toll.

“Then physically, not knowing if a move is going to cause something that’s going to re-injure a part of your body that’s so essential to movement, what made Andy Murray great in the first place.

“It’s a somewhat sobering and frightening thought. But you also start to realise, ‘Hey, I love the sport’. You want to be back in the mix. I’m sure he’s excited.

“I don’t know him well, but I know him well enough to know that he’s done and will continue to do everything he can to get back to as close to what he was as possible.

“Then he’ll be out there in some big matches. He’ll be able to appreciate all the effort he’s put in to get back.”