How to watch: Andy Murray vs Nick Kyrgios – Stuttgart semi-final 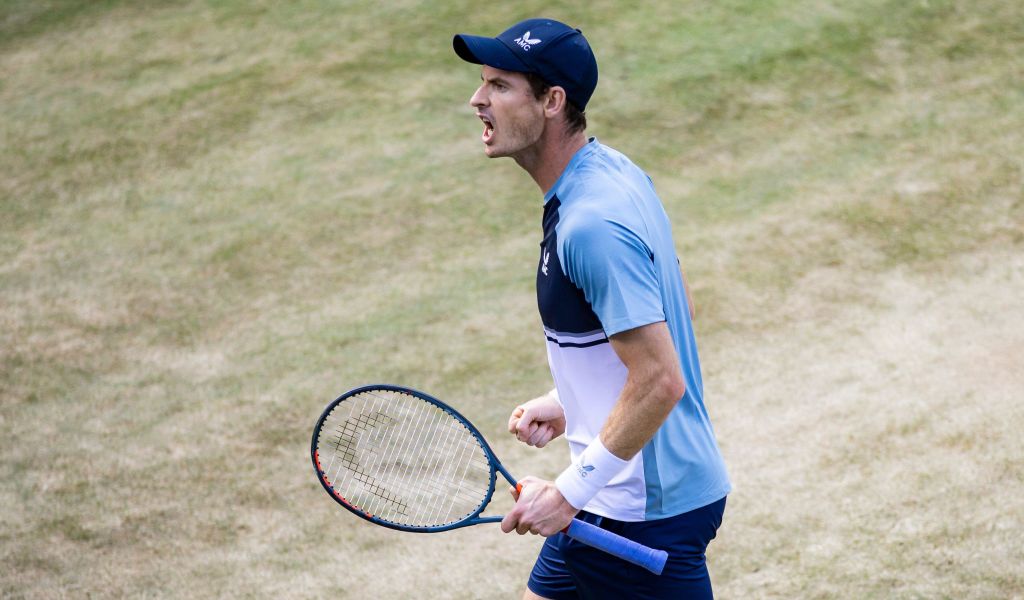 Andy Murray claimed his first victory over a top-five player for more than five years by beating Stefanos Tsitsipas to reach the semi-finals of the Boss Open in Stuttgart.

Murray, currently the world number 68, defeated the Greek top seed 7-6 (4) 6-3 in one hour and 40 minutes to set up a last-four clash with Australia’s Nick Kyrgios.

It is the first time Murray has beaten a player ranked in the world’s top five since victory over Novak Djokovic at the ATP Finals in 2016.

The 35-year-old Scot saved a set point at 5-6 in the opener before sealing it on a tie-break and broke Tsitsipas to move 4-2 up in the second on his way to clinching an impressive win on his third match point.

It was a demonstration of Murray’s prowess on grass and cemented his status as one of the most dangerous unseeded players when the Wimbledon draw is made in a fortnight.

Murray’s only previous meeting with Tsitsipas was in the first round of the US Open last year, when he led by two sets to one only to lose in five.

Murray said in his on-court interview: “It was an amazing atmosphere. Almost full crowd. Beautiful weather today, really nice conditions to play tennis. I thought I did well. He served unbelievably in the first set.

World number 78 Kyrgios, who skipped the whole clay-court season, progressed after Hungary’s Marton Fucsovics retired while trailing 7-6 (3) 3-0 to set up another intriguing clash.

The Australian and Murray are good friends despite their very different characters, and the Scot has won five of their previous six meetings.

Kyrgios said: “I know what to expect but he also is a veteran on the grass and I don’t want to take him lightly at all. I’m just going to go out there, serve big, look after my serve and see what I can do on his return games.”

The other semi-final pits last year’s Wimbledon runner-up Matteo Berrettini, who is making his return from injury, against German Oscar Otte.

How to watch: Andy Murray vs Nick Kyrgios

Unfortunately, no UK television broadcaster has picked up the match and Amazon Prime have opted not to broadcast the tournament so options are limited to over-the-top streaming services.

Currently both Tennis TV (Available worldwide) and Tennis Channel (Available in the UK, Germany, Austria, Switzerland and Greece) are carrying live streams of the BOSS Open and will broadcast Andy Murray vs Nick Kyrgios live from 17:00 (GMT).