Another seed bites the dust in Rio as Diego Schwartzman retires 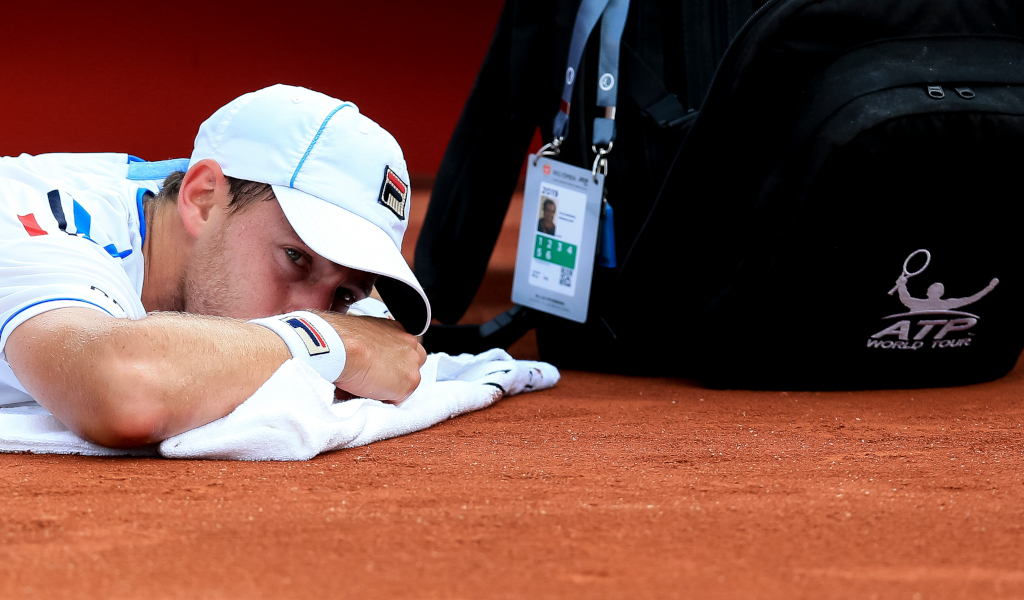 Diego Schwartzman became the seventh seed to fail to make it out of the first round at the Rio Open as the Argentine was forced to retire from his clash against Pablo Cuevas.

The weather-interrupted match started on Tuesday, but Cuevas was always in charge against the defending champion as he was leading 3-0 when the match was suspended.

And he continued that form when play resumed on Wednesday as he was up 6-1, 4-1 when the second-seeded Schwartzman retired with a right leg injury.

It means fifth seed Joao Sousa from Portugal is the only seed left in the draw.

“I’m feeling happy for the win, but I also know I have to improve in a lot of things,” Spaniard Munar said.

“I had many chances in the second, also chances before the tie-break in the final set. My sentence in my head was just battle for every point.”

He will take on Felix Auger-Aliassime in the quarter-final after the Canadian teenager secured a 7-5, 6-4 win over Chile’s Christian Garin.

Hugo Dellien, meanwhile, continued his “dream run” as he reached the quarter-final with a 7-5, 6-4 win over Roberto Carballes Baena.

“This week has been a dream to me. The past two I struggled, trying to qualify in Cordoba and Buenos Aires, and now I’m playing the quarter-finals of an ATP 500 event,” Dellien, who on Monday became the first Bolivian male player to win an ATP Tour match in 35 years, said.

“It’s been a long time since Bolivia had a tennis player winning matches so this means a lot to me and my country.

“I’m really happy and extremely proud. I never thought people would travel to Rio to see me play. My goal for this year was to be a Top 100 player, and now I guess I can dream about the Top 50.”

Aljaz Bedene stands between Dellien and a semi-final place after the Slovenian beat Thiago Monteiro from Brazil 6-3, 6-4.