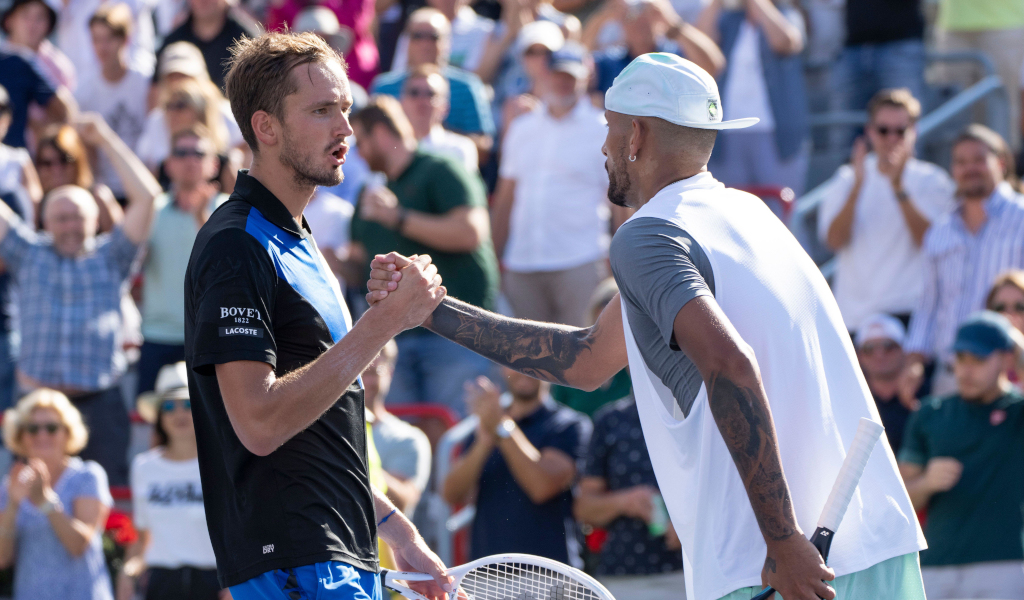 There could be another Daniil Medvedev vs Nick Kyrgios clash on the cards at the Western & Southern Open after the two ended up in the same section of the draw again while Dan Evans could face Stefanos Tsisipas in the second round.

World No 1 Medvedev and Kyrgios met in the second round of the Canadian Open in Montreal on Wednesday and it was the latter who emerged victorious with a three-set win.

And now they are projected to meet in the quarter-final of the ATP Masters 1000 event in Cincinnati, Ohio.

Top seed Medvedev faces another tricky opener as he will take on either Botic van de Zandschulp or Maxime Cressy in the second round while he could face 16th seed Grigor Dimitrov or Denis Shapovalov in the third round.

Kyrgios himself has a difficult path to the last eight as he opens his account against Alejandro Davidovich Fokina in the first round and if he comes through that then he will face either 11th seed Taylor Fritz or Sebastian Baez in the second round with a possible clash against sixth Andrey Rublev in the third round.

Section 2 is headlined by fourth seed Tsitsipas, who will face the winner of the Filip Krajinovic vs Evans opener. Evans is in good form as he has reached the semi-final of the Canadian Open.

Eight seed Hubert Hurkacz, who is also in the last eight in Montreal, as well as 12th seed Matteo Berrettini are the other big hitters in the draw.

The bottom half is spearheaded by 22-time Grand Slam winner Rafael Nadal, who will play for the first time since withdrawing from his Wimbledon semi-final clash against Kyrgios due to injury. 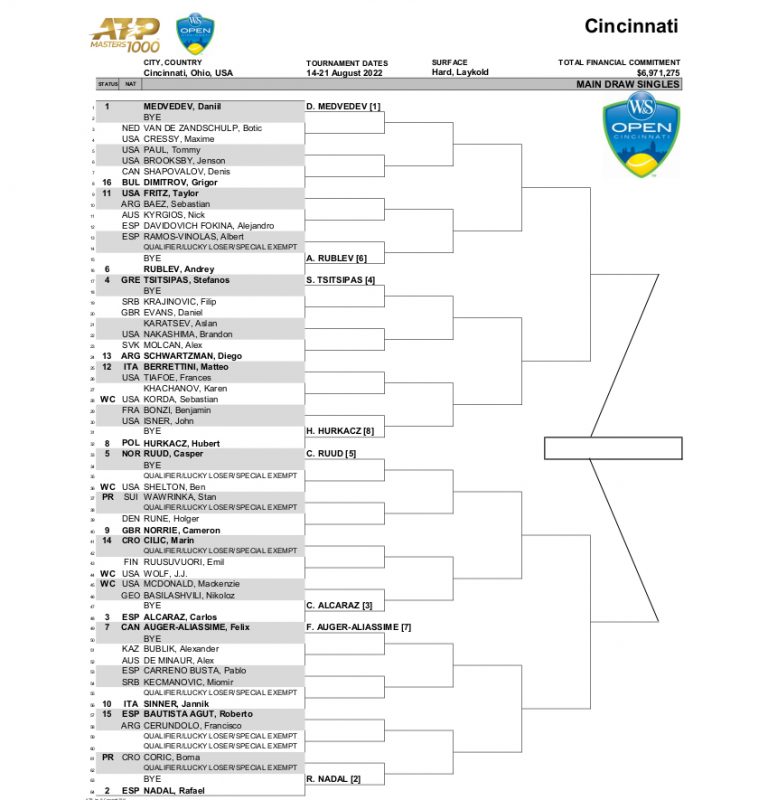 The 2013 Cincinnati champion faces either a qualifier or Borna Coric in the second round and he is projected to meet seventh seed Felix Auger-Aliassime in the quarter-final, although 10th seed Jannik Sinner could stand in the Canadian’s way.

The winner of Section 4 is projected to meet third seed Carlos Alcaraz in the semi-final, but the young Spaniard kicked off his North American swing with a loss in the second round in Montreal.

Alcaraz will take on either Michael McDonald or Nikloz Basilashvili in the second round with Casper Ruud, a semi-finalist in Canada this week, a likely quarter-final opponent.