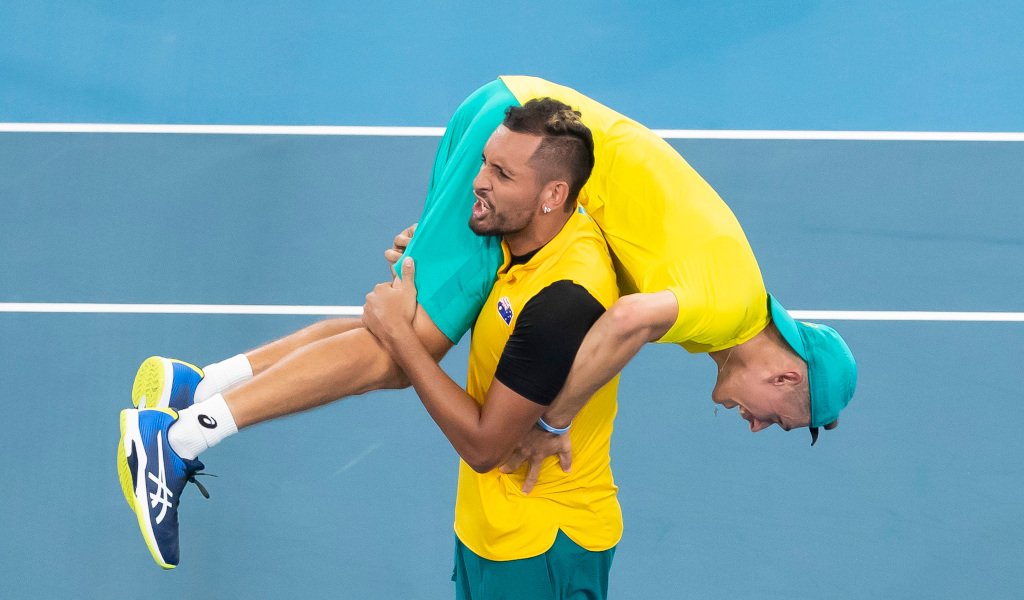 Alex de Minaur and Nick Kyrgios saved four match points in the sudden death tie-breaker as Australia came back from the brink to beat Great Britain in the ATP Cup quarter-final.

In what turned out to be a topsy-turvy match in Sydney, Australia prevailed as De Minaur and Kyrgios beat Jamie Murray and Joe Salisbury 3-6, 6-3, 18-16 to hand the hosts a 2-1 win.

“That’s about as good as I’ve got really and I only got through by the skin of my teeth,” Evans said after his three-hour tussle.

“I sneaked it and this is what team competition is always about, particularly Britain and Australia, it’s always a great rivalry and there’s been great spirit.”

It meant the doubles clash was a winner-a-takes-all encounter and it went all the way before Australia won the deciding tie-breaker.

Australian captain Lleyton Hewitt pulled off a bit of a surprise by replacing John Peers and Chris Guccione with De Minaur and Kyrgios for the doubles, but it worked a charm as they won in one hour and 36 minutes.

FINAL FOUR! 🇦🇺@NickKyrgios and @alexdeminaur save FOUR match points and send the Aussies to the #ATPCup semis with a 3-6 6-3 18-16 win over Murray and Salisbury. pic.twitter.com/sQYDEb2K7D

The Australians found themselves 7-4 up in the tie-breaker, but Murray and Salisbury fought back to level it at 8-9 and then found themselves with a match point, but De Minaur and Kyrgios saved it.

Both pairings squandered four match points in the sudden-death tie-breaker before the Australians wrapped it up.