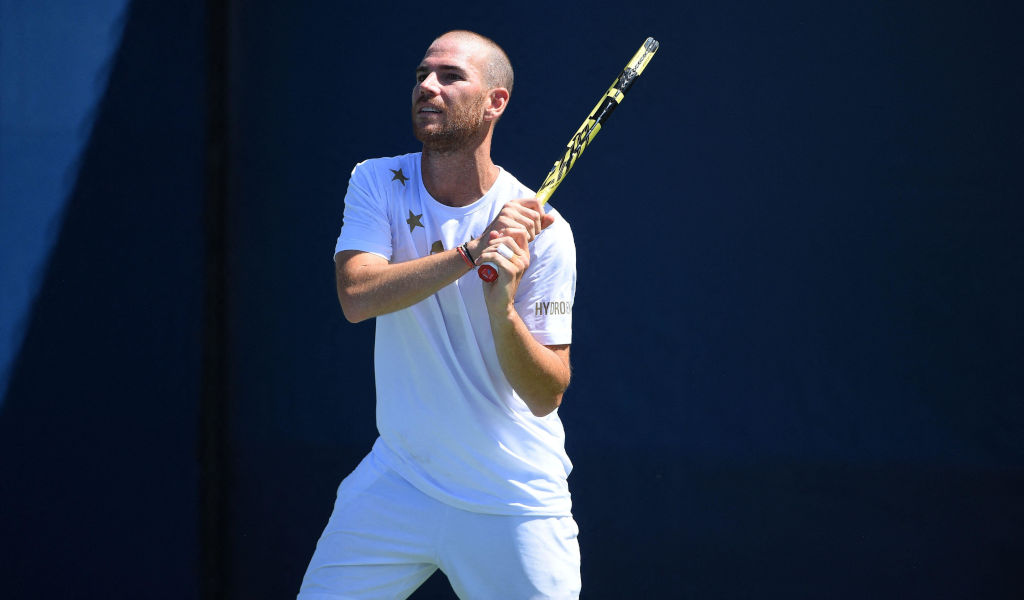 The big movers on the ATP Rankings are set to be the Winston-Salem Open finalists Adrian Mannarino and Laslo Djere.

Mannarino is guaranteed to charge up 13 places whether he wins or loses the final against Djere.

The Frenchman is set to close in on the top 50 if he wins but cannot improve his ranking jump by winning the championship match against the Serbian.

In the ATP Live Rankings, Djere is up to World No 64 but will jump further to 55th in the world if he takes the title in North Carolina.

“I’m not sure if I ever needed that many match points to win a match,” Djere said after the victory. “After like six probably I stopped counting. He was serving really well in those moments and luckily when I got the first chance that was on my own serve, I converted it. I’m really happy about this win. It means a lot to me.”

The 34-year-old French journeyman eased past Botic van de Zandschulp but is feeling the effects of his run.

Grigor Dimitrov was the only top 20 player in the Winston-Salem field but his Round of 32 loss to Dominic Thiem means his ATP Rankings points tally stays put.

Brandon Holt, son of former champion, qualifies for US Open

Van de Zandschlup replaces Great Britain’s Dan Evans as the World No 22 after his efforts to reach the semi-finals.

The only positional change in the Top 20 will see Matteo Berrettini leapfrog Pablo Carreno Busta into 14th on the rankings ladder after the Spaniard dropped the 35 points he earned at Winston-Salem last year.

Carreno Busta won the Montreal Masters a few weeks ago to return to the top 20 and has understandably not entered the ATP 250 tournament in the week prior to the US Open.

US No 2 Frances Tiafoe drops two places after he also opted not to enter Winston-Salem this time around, he sees Gael Monfils and Nick Kyrgios move ahead of him while he is now just two places ahead of America’s No 3 player Reilly Opelka.

World No 4 Carlos Alcaraz drops 90 points having not returned to defend the points he earned in North Carolina in 2021 but he remains in the same position on the ATP Rankings ladder.

Andy Murray will start the US Open as the World No 50 as he dropped one place as France’s Benjamin Bonzi overtakes him thanks to a run to the quarter-finals.

World No 1 Daniil Medvedev is likely to need to defend his US Open title to maintain his top spot on the ATP Rankings and an early exit could see him drop out of the top 5.

Cameron Norrie is still the British No 1 occupying the World No 9 slot as the US Open gets underway.