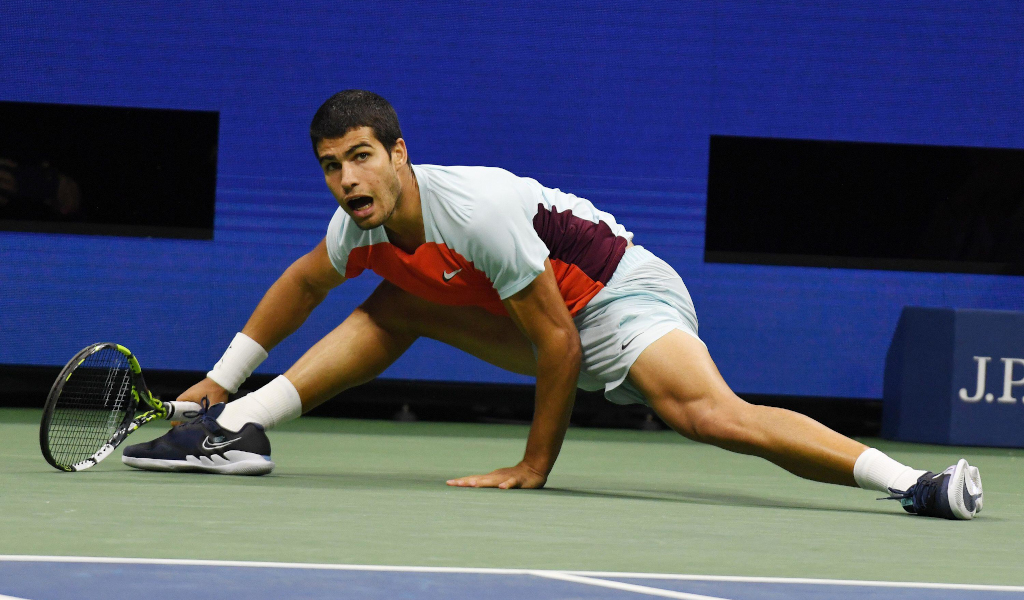 Alcaraz heads a shaken-up top five and has also secured his place in the ATP Tour finals in Turin alongside compatriot Rafael Nadal.

Casper Ruud has moved up to a career-high second on the rankings after his second Grand Slam final loss of 2022.

Still in third is Nadal who was briefly on top of the ATP Live Rankings last week.

Despite a season blighted by injury worries, Nadal ends the year with a 22-1 record in Grand Slam tennis.

Former World No 1 Daniil Medvedev drops to fourth in the world after his defence of the US Open crown was ended in the Round of 16 by Aussie Nick Kyrgios.

Kyrgios is part of a group of players to charge into the top 20 this week off the back of a strong US Open.

Also breaking into the top 20 is Karen Khachanov who beat Kyrgios at Flushing Meadows during a run to the semi-finals while fellow semi-finalist Frances Tiafoe splits the two in the rankings.

Novak Djokovic slides down to seventh in the world and must now keep himself in the top 20 in order to reach the ATP Tour finals in Turin.

Alexander Zverev drops to fifth in the world having spent a few months in the No 2 spot but cruelly being unable to play due to injury.

Zverev was set to return to competitive tennis at the Davis Cup but he has now withdrawn saying that he was rushing his return and has suffered a setback.

Stefanos Tsitsipas needs a strong finish to the year to secure his place in Turin despite his Masters triumph in Monaco.

The Greek is currently ranked No 6 and is vulnerable to a strong group of players looking to be in that top seven.

Cameron Norrie is the British No 1 and moves up to a career-high World No 8 after reaching the last 16 in New York.

Andrey Rublev’s quarterfinal run sees him move back into a top ten that Poland’s Hubert Hurkacz rounds off.

Great Britain’s Dan Evans drops a couple of places after failing to match his 2021 effort in New York but he remains his nation’s No 2 ahead of Andy Murray and Jack Draper who both move up this week leaving four Brits in the top 50 men in the world.

The USA still doesn’t have a top ten player on the ATP Tour with their No 1 Taylor Fritz currently sitting 12th while Tiafoe is now the American No 2.

Joe Salisbury holds onto his top ranking in the doubles after he and Rajeev Ram made history as just the second pairing to defend their US Open crown in the open era.

ATP Rankings as per update performed on Monday 12 September 2022

READ MORE: Carlos Alcaraz begins a new era in tennis – but this one will look very different