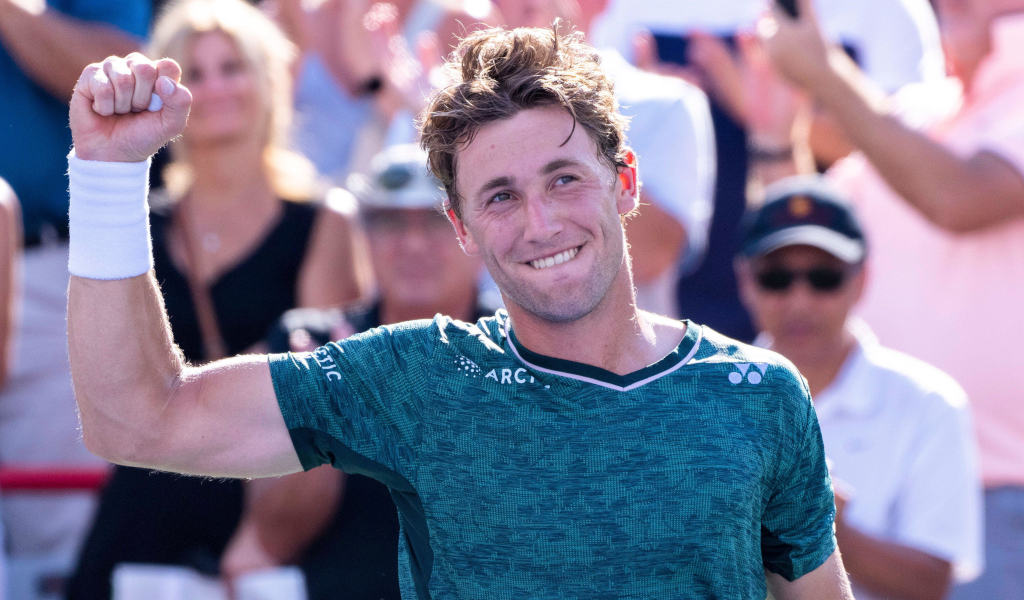 Norway’s Casper Ruud will match his career-best ATP rankings position and move ahead of Novak Djokovic thanks to his run in Montreal.

Ruud downed home hope Felix Auger-Aliassime to reach the last four having started the week ranked as the World No 7.

Djokovic might have been handed a US Open lifeline with the relaxation of but still faces some uncertainty about his participation and looks unlikely to make it to Cincy next week.

The former World No 1 hasn’t lost any ground this week, given that he did not compete in Canada last year either.

Stefanos Tsitsipas is the top ten player to suffer the biggest drop in rankings places while current World No 1 Daniil Medvedev took a big hit in terms of rankings points as his title defence ended in the Round of 32.

Spain’s Pablo Carreno Busta will charge into the top 20 and could rise as high as World No 14 is he is able to find a way to win the Montreal Masters title.

Nick Kyrgios will jump ten places up to World No 27 after his run to the quarterfinals while the man who ended his run in Montreal, Hubert Hurkacz, could jump up to No 8 if he can go all the way.

Dan Evans might yet be the biggest gainer of the week as he goes into his last eight match guaranteed to jump at least eight places and move into the top 30.

The man he faces in that last eight, Tommy Paul is three wins away from holding the World no 16 ranking next week.

Jack Draper could move into the top 50 if he can beat Carreno Busta in the last eight and should he go on to claim a massive maiden Masters title, the young Brit will move into 21st place on the rankings ladder.

If Draper does beat the Spaniard it will ensure that John Isner tumbles out of the top 50 with the American unable to match his semi-final return from last season’s trip to Canada.

All four of last season’s semi-finalists suffered early exits, and Reilly Opelka is also set for a big drop as he will fall out of the top 20 dropping to World No 25 at least.

Only Medvedev stands to suffer a greater net loss of rankings points than Opelka this week.

With Rafael Nadal set to enter the Western and Southern Open in Ohio next week, Medvedev’s top spot could be in danger.

Nadal has no points to defend in Cincinnati but will need Medvedev to fail to reach the semi-finals to have a chance of taking the top spot.

Medvedev’s compatriot Andrey Rublev has 600 points to defend in Cincy and could be set to drop out of the top ten if he suffers an early exit.