ATP Rankings: Daniil Medvedev at No 1, Alexander Zverev at No 2, Big Three out of top two for first time since 2003 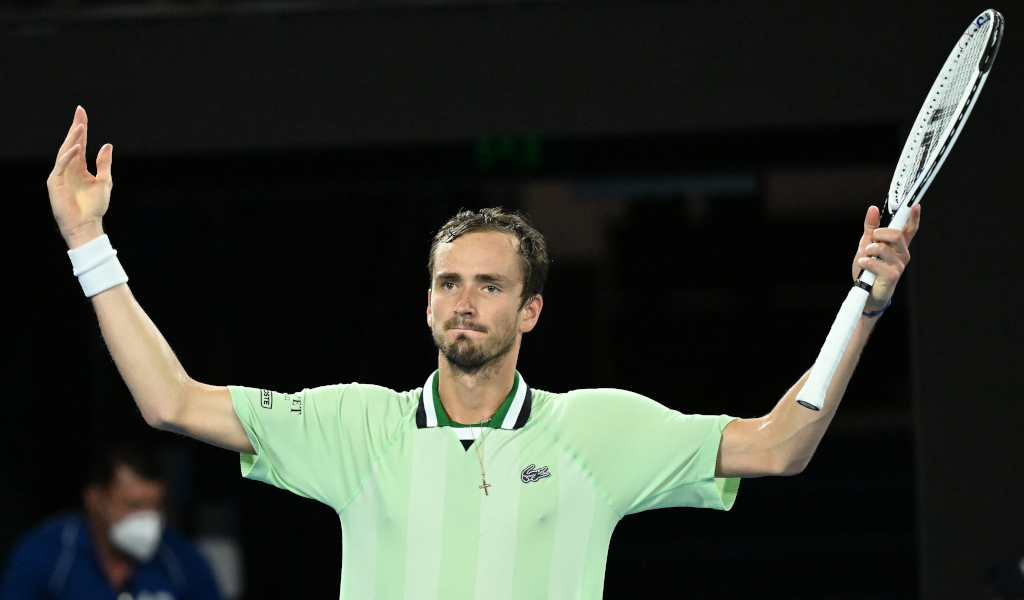 Daniil Medvedev has started his second stint at No 1 in the ATP Rankings, replacing Novak Djokovic at the top with the Serbian dropping two places.

With this year’s French Open returning to its normal slot, the ranking points from the clay-court Grand Slam only came into full effect on June 13 as last year’s event took place a week later due to the coronvirus pandemic.

It means Djokovic’s 2,000 ranking points that he lost after failing to successfully defend his Roland Garros crown only dropped off on Monday morning.

As a result, the 20-time Grand Slam winner slips to third in the rankings with 6,770 points.

Medvedev, who reached the fourth round of the French Open, returns to the top for his second spell. His first stint lasted only three weeks from February 28 to March 20.

Alexander Zverev, who is currently out injured after suffering a serious ankle injury during his semi-final against Rafael Nadal in Paris, climbs to a career-high No 2.

1. Medvedev
2. Zverev
3. Djokovic@DaniilMedwed retakes the lead and @AlexZverev is second for the first time! 🏁 pic.twitter.com/I9IDphU8At

It means for the first time since November 2003, none of the Big Three of Djokovic, Nadal or Roger Federer occupies the top two spots in the ATP Rankings as Nadal is fourth and the injured Federer sits at No 68.

There is more bad news for Djokovic as he is set to drop further down the list as there will be no points awarded at Wimbledon following the decision to ban Russian and Belarusian players.

For now the rest of the top 10 is completed by French Open runner-up Casper Ruud, who is at a career-best No 5, Stefanos Tsitispas, Carlos Alcaraz, Andrey Rublev, Felix Auger-Aliassime (career high No 9) and Hubert Hurkacz.

Great Britain’s Cameron Norrie sits just outside the top 10 at No 11 while Andy Murray jumped 27 places to No 47 after finishing runner-up at Stuttgart.

The biggest mover of the week was Tim van Rijthoven after the Dutch wildcard went from No 205 in the rankings to No 102 following his incredible title-run in s-Hertogenbosch.