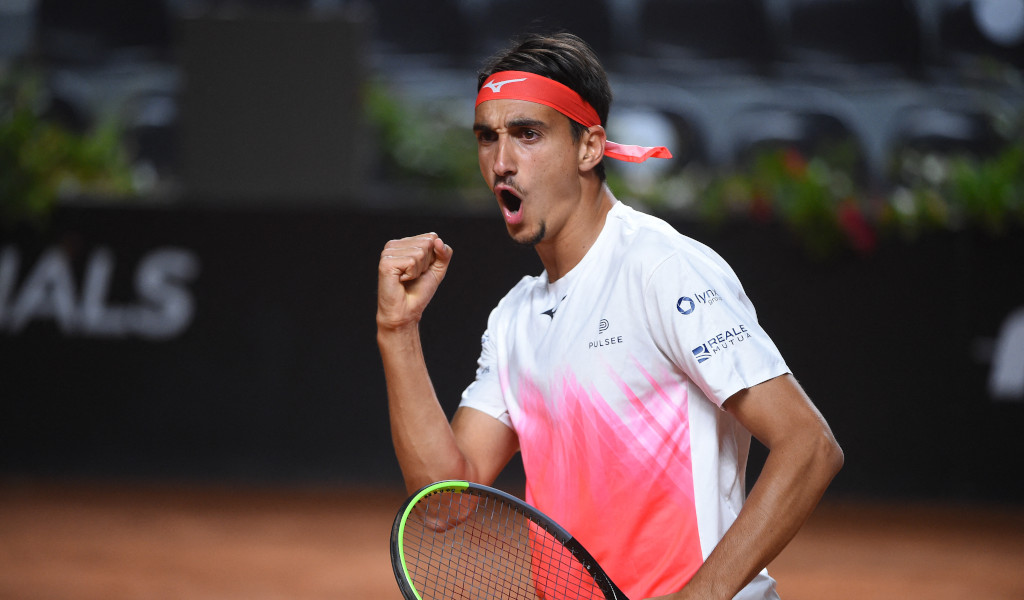 Lorenzo Sonego could be the biggest mover in the Top 100 next week after his victory at the Moselle Open in Metz.

Sonego will jump 20 places to be ranked as the World No 45 next week after he beat Alexander Bublik in straight sets on Sunday.

The 27-year-old is happy to be trending in the right direction having won his first event since Cagliari in April 2021.

“I improved my tennis every day, and I’m really happy for this match and this tournament,” said Sonego after the match.

“I like the atmosphere here, it was unbelievable today and yesterday and this week. It’s really tough to play against Alexander, because he is an unbelievable player with an amazing serve, good talent, and it is always tough to play him.

Bublik moves up eight spots into World No 38 saying that it was almost a pleasure to lose to someone like Sonego.

“Big congrats to Lorenzo. It’s always a pleasure to lose against you, as I told you at the net!” joked Bublik at the trophy presentation.

“Thanks to my team, thanks to everyone for supporting me and I was happy to be back in the finals in France.”

American Brandon Nakashima is a candidate for a bigger jump if he can win the San Diego Open final against compatriot Marcus Giron.

Giron is World No 52 on the ATP Live Rankings and will jump into the top 50 if he can win in San Diego.

Neither American has managed a tournament win at ATP Tour level and both have a career-high ranking of World No 49, meaning the winner will also reach new heights on the rankings.

The only change to the top ten sees Jannik Sinner leapfrog Hubert Hurkacz to be the new World No 10.

Hurkacz failed to defend his Metz title, instead falling to eventual champion Sonego in the last four.

The Pole may have lost ground on the rankings but he made a small gain in the Race To Turin as he closes in on Alexander Zverev, who is eighth in the standings.

Great Britain’s Dan Evans makes a points gain but will remain the World No 25 after he too lost in the last four this week, going down to Giron in San Diego.

The only other change to the top 30 will see Tommy Paul, who wasn’t in action this week, move above Alejandro Davidovich Fokina into the 28th rung on the ATP ladder.