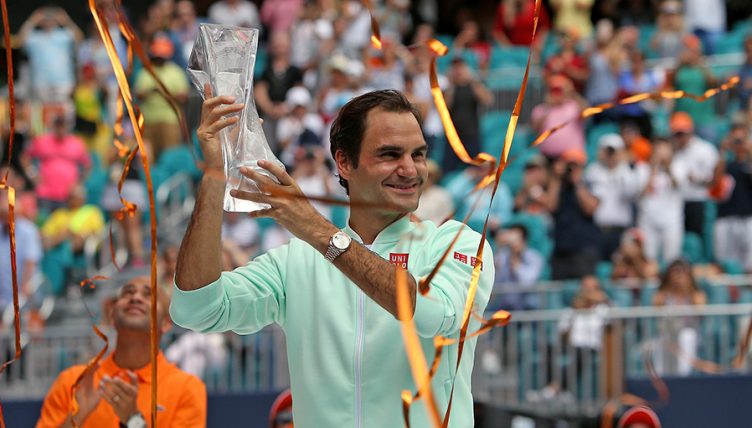 Roger Federer is back into the top four of the ATP rankings after his Miami Open success, with Felix Auger-Aliassime jumping 22 places to 33rd in the world.

Federer now has the struggling Alexander Zverev firmly in his sights ahead of the European clay court season.

Zverev finds himself just 450 points ahead of Federer, and has the daunting task of defending 2,570 points more points than Federer in the next month.

The Sunshine swing has been good for the Canadians, with Miami Open semi-finalists Denis Shapovalov (up three places to 20th) and Felix Auger-Aliassime both making strides.

Nick Kyrgios has slid a little to 35, though, and Hyeon Chung’s persistent back injury has now seen him drop out of the top 100 in the world after enjoying the heights of 19th a year ago.