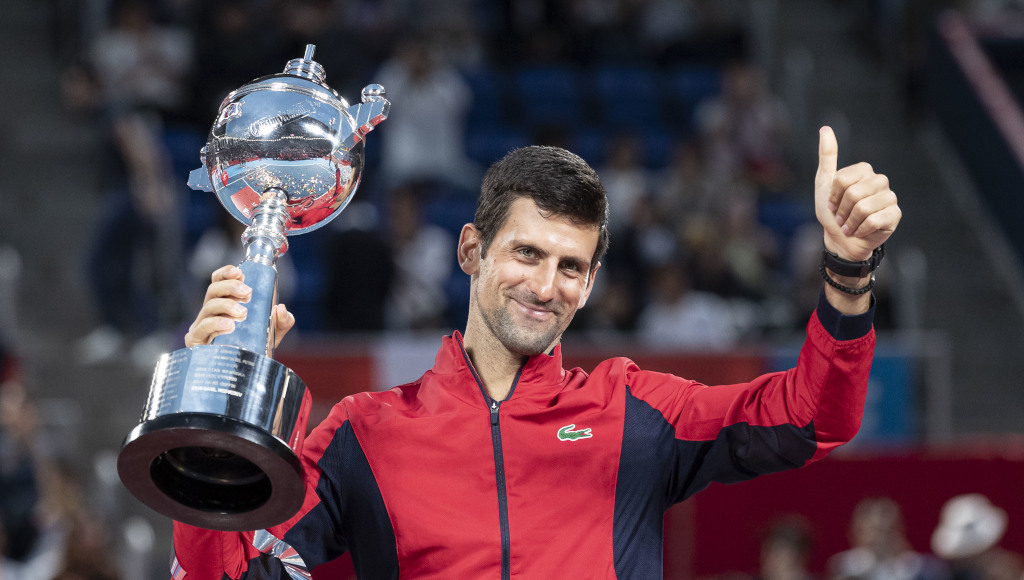 It was a dream debut for world No 1 Novak Djokovic in Tokyo as he brushed aside John Millman in the final to win the Japan Open.

Playing in his first tournament since retiring from his US Open last-16 match due to a shoulder problem, Djokovic went through the week without dropping a set, making light work of Millman on Sunday to win 6-3, 6-2.

Perfect 🔟@DjokerNole captures the 🏆 in a debut for the 10th time in his career, vanquishing Millman 6-3 6-2 to take home the Tokyo hardware.#rakutenopen pic.twitter.com/UaN05FIsuY

The 16-time Grand Slam winner broke in game four of the first set and then started the second set with two consecutive breaks before wrapping things up after one hour and 10 minutes.

“It was a fantastic week in every sense. I felt great on the court, felt really welcome from the Japanese people off the court as well. They made me feel at home,” he said. “Didn’t drop a set, played really well, served great… overall great experience.”

The Japan Open trophy takes Djokovic’s overall tally to 76, one spot and one title below John McEnroe in fifth place while fellow current ATP Tour players Rafael Nadal is on 84 and Roger Federer on 102.