ATP Tour news: NextGen star Jiri Lehecka says ‘ tennis was the only option’ for him 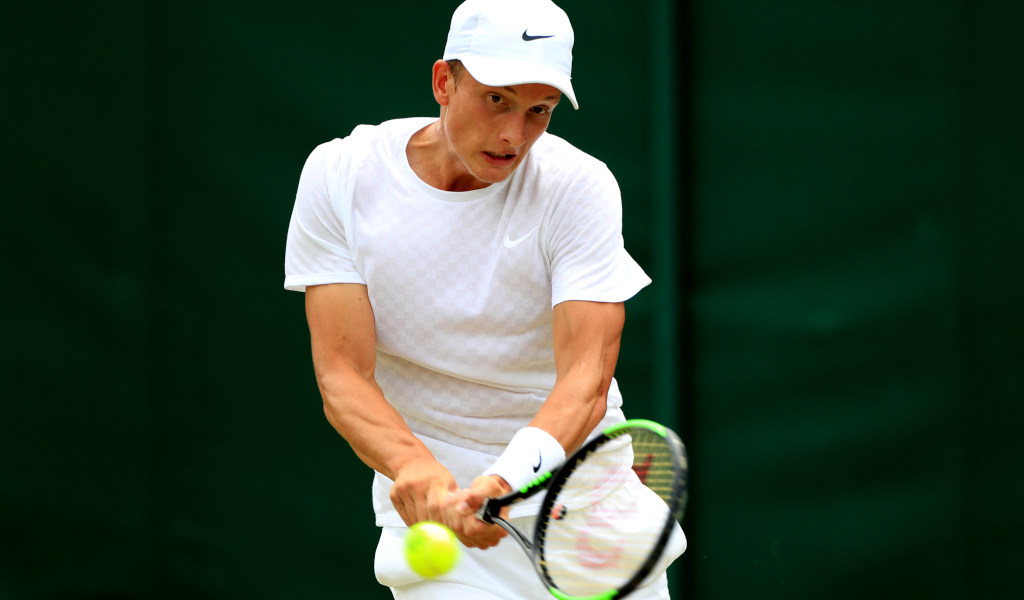 Rising Czech star Jiri Lehecka says that sport runs in his family and he felt he had little option but to test the limits of his talent on the court as he now makes waves on the ATP Tour.

His grandmother competed at the national level as an amateur tennis player, while his father was a swimmer, and his mother was a track and field star.

Lehecka earned his first ATP tour-level win with a 6-4, 6-4 upset victory over Denis Shapovalov at the ABN Amro World Tennis Tournament in Rotterdam.

He is also an avid skier but Lehecka had little doubt as to his career path.

“I have the genes to be a sportsman,” Lehecka said. “Sport is my passion all the way, up and down,” Lehecka told ATPTour.com.

“At the moment, tennis was the only option for me. I was doing a lot of other sports. I had a very sporty childhood, I would say.

“But tennis won and of course nothing to regret.

“Of course I’m excited. It was a good match today from my side. Very happy with my performance,” Lehecka said after his victory over Shapovalov.

“I knew that it would be a tough match of course, he’s No. 12 in the world. It is not easy against these type of players.”

Lehecka believes that his parents experiences with elite sport have helped ground him as an athlete.

“I think it was pretty good because they know how the sports life looks like. [My Parents] know how it is,” Lehecka added.

The 20-year-old Czech prospect counts Tomas Berdych and Radek Stepanek as his heroes in the sport.

“When I was a young kid, they were winning the Davis Cup and playing incredible matches,” Lehecka recalled.

“Every time they played, I was watching the TV and trying to imagine what it would look like if I would be in their position one day and, of course, they gave me a lot of inspiration when I saw all the Czech fans cheering for them.”

Lehecka will go up against Dutchman Botic van de Zandschulp in the Round of 16 in Rotterdam.