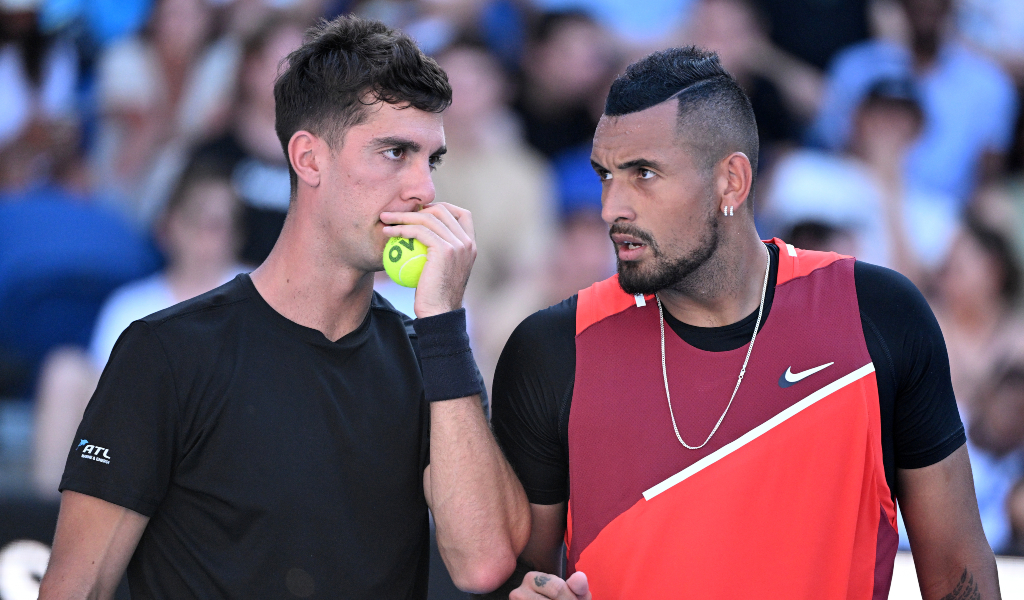 Australia’s Thanasi Kokkinakis says that mental strength is among the most valuable assets for top players on the ATP Tour.

Kokkinakis has struggled to overcome illness and injury but says that the battle in the mind is most important.

The Australian, who won his first ATP Tour title in Adelaide earlier this season and claimed his home Grand Slam’s doubles title, said that you never know when things are going to click for you on circuit.

“I proved that the mind is probably the most important thing,” Kokkinakis told ATPTour.com

“Obviously you’ve got to have some skill and a work ethic to balance it out, but if you’re strong with your mind and you keep pushing, you never know.

“The fortunate thing with tennis is you’re only a week away from turning your career around, so that’s the biggest thing.”

He says that his consistency since coming back is a surprise, even to himself.

“It seemed far even in December,” Kokkinakis said of his big breakthrough.

“I knew I was capable of winning a couple of matches. I knew what I could play like [at my] top level, but to back it up and have that consistency, that’s been the most impressive part.”

Kokkinakis hopes to inspire resilience in other ATP Tour professionals struggling to find their best game.

“I think it’s just not going to happen overnight. There are a lot of steps that need to be done and keeping the faith, keeping the hope a little bit [is important],” Kokkinakis said.

“It can seem very, very far away, but a lot of the time if you put some good days together, some good weeks and some good months together and keep going slowly, that’s the way forward.

“Hopefully they saw the story of what the past few years have been like for me and if that gives them some positivity, that’s perfect for me.”

The Aussie has had a lot of time to savour his success at the start of the 2022 campaign.

“There’s not really much time to reset as a tennis player. For something that big to happen to me in January, a lot of other sports that’s like winning the championship, you have a lot of time off and celebrate for a while, refresh and go again,” Kokkinakis said.

“In tennis you don’t really have much time for that and if you do, you risk getting left behind. That’s the tricky thing. I’ve just got to find a way and get myself going again.”