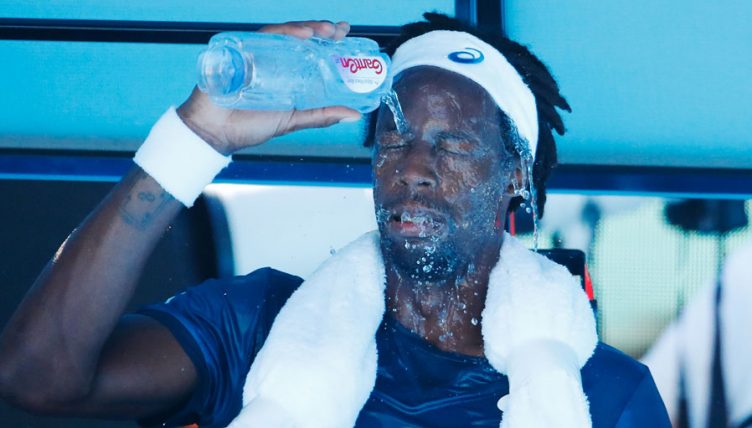 The Australian Open have revamped their extreme heat policy ahead of 2019, but it looks unlikely to appease everyone.

Officials have scrapped the controversial ‘wet bulb globe’ temperature readings for the Grand Slam, which begins in mid-January.

Instead, a newly developed “heat stress scale” has been introduced, which takes into account air temperature, radiant heat, humidity and wind speed.

There will also be a 10-minute break between the third and fourth set of men’s singles matches during the hottest conditions.

However, the controversies look set to continue despite the change.

During this year’s tournament, Novak Djokovic and Gael Monfils battled through 39C heat in the second round.

Under the new regulations though, nothing would actually change.

“On the (new) scale, the actions that were taken in that (Djokovic/Monfils) match would have been the same,” tournament director Craig Tiley told reporters.

“The work that we’ve done over the last 12 months of pulling together all this data, one of the first things we did on the outcome of that data was to do an overlay of decisions that were made over the past five years.

“It was aligned to all the decisions we made (being) correct under this new policy.”