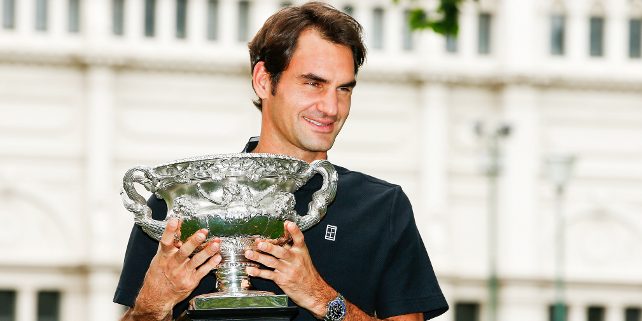 Tennis Australia have admitted that Roger Federer does get preferential treatment with match scheduling at the Australian Open.

French player Julien Benneteau sparked debate in tennis on Monday, claiming Federer was being given an unfair advantage being allowed to play almost all of his matches in the first Grand Slam of the season in the evening sessions when the temperatures are cooler.

“In terms of players and their appeal, it needs to be said that Roger Federer is a once-in-a-generation player widely regarded as one of the biggest box-office athletes in the world,’ said Tiley in a statement.

“He has been regularly voted Australia’s favourite athlete.

“The fans demand his appearance in the big stadiums and our broadcasters naturally want his matches to air in prime time.

“I don’t think there’s a tournament director in the world who’s not going to take those factors into account.”

Novak Djokovic has also weighed in on the debate, claiming that even if Federer does get preferential treatment, it has been earned, not gifted.

“At the end of the day, in a way he deserves the special treatment because he’s six-time champion of Australian Open and arguably the best player ever,” he said.

“If he doesn’t have it, who is going to have it?