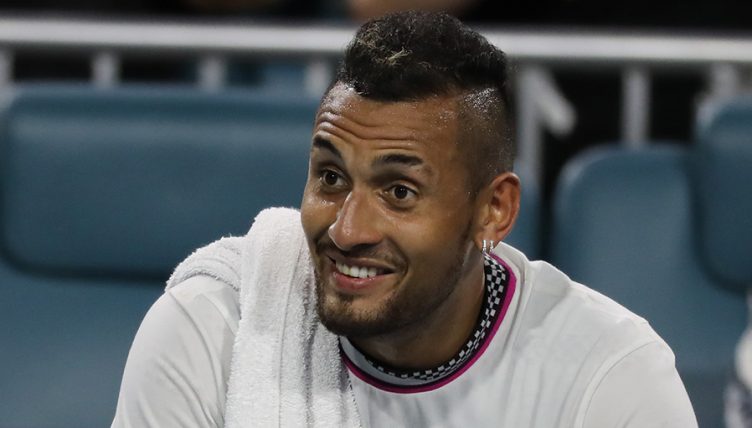 Nick Kyrgios is known for his bad-boy antics in tennis but he showed a softer side to himself by playing the good Samaritan in Australia.

The 23-year-old, who has often been involved in altercations with the crowd and even opponents during his career, stopped to help a damsel in distress.

According to a story told on social media, Kyrgios was one of a group of people who helped a woman whose care had broken down.

We’ll allow Simon Anderson to take up the tale…

A very Canberra story: Just got a call from my other half who was walking home from Old Canberra Inn, when she and a mate passed a woman who’s car had died.

The woman asked them to help her push it home, which they did.

As they were pushing, a car pulled up next to them and the driver asked if they needed a hand, which after a few beers, they did.

Guy hops out the car to help, and is @NickKyrgios

So my girlfriend, her mate, and Nick Kyrgios pushed this woman’s car home

Despite being on the way home from training and then helping push a car down a Canberra street, he takes a pic with them then gets back in his car and goes home. @NickKyrgios: good guy pic.twitter.com/drT1qGA5U5