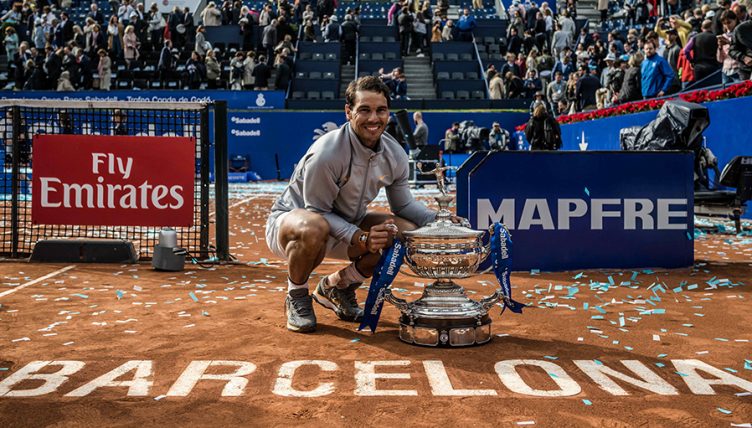 For an ATP 500, the Barcelona Open offers a bloated array of talent all aiming to win the Catalonia based tournament, and James Spencer talks us through what to expect.

Having endured a shock semi-final loss to Italian Fabio Fognini, Spaniard Nadal will go in search of a 12th Barcelona Open title. His sheer experience in these surroundings makes him a clear favourite, although his injury issues have clouded the picture somewhat.

The 17-time Grand Slam Champion has admitted to feeling low and a lack of confidence due to his limited number of wins and matches of late. He will certainly be vulnerable in Barcelona. That said, there’s no doubt Nadal will be hurting from his Monte-Carlo loss and will be fired up to show he’s still the “King of Clay.”

World number three, Alexander Zverev has taken a late wildcard and his poor form cannot go on forever. The clay is typically the young German’s strongest surface having won two Masters 1000’s on clay, he will be keen to get his season back on track.

Austria’s Dominic Thiem who made the final in 2017 appears to have gone off the boil since winning the title at Indian Wells. He has suffered early defeats at Miami and last week in Monte Carlo to eventual finalist, Serbia’s Dusan Lajovic.

Twice a winner previously in Barcelona, Kei Nishikori or “Clay” Nishikori as some of his fans like to call him can beat some of the very best on this surface. It will be interesting to see if the Japanese can win a third Barcelona title and build some momentum towards the French Open.

New Monte-Carlo Masters champion, Fabio Fognini, was due to play in Barcelona but his injuries and intense week in the Principality mean he may yet skip the event. It has been suggested that Fognini was better off resting his injuries in the build up to the French Open and to enjoy the victory with his family, and he may well follow that line of thinking himself.

There are also some dangerous and experienced Spaniards lurking in the draw. Former French Open 2013 finalist, David Ferrer will take on Misha Zverev, older brother to Alexander.

Meanwhile, Queens club 2017 champion, Feliciano Lopez, will take on wily 35-year-old left hander and former world number seven, Fernando Verdasco. That is likely to be a blockbuster clash for clay-court fans and for the local crowd.

France’s Lucas Pouille who got to the Australian Open semi-finals this year and Belgium’s David Goffin, yet to find his best form, are also in the draw. Next Gen star, Frances Tiafoe, last year’s finalist Stefanos Tsitsipas and local hero Pablo Carreno-Busta will fancy themselves as dark horses.

And Argentina’s Diego Schwartzman who took a set off Nadal at the 2017 French Open is also in the draw along with countryman Guido Pella who caused a few problems for Nadal in Monte-Carlo despite defeat.

It is arguably the strongest line-up the Barcelona Open organisers have ever put together. If Nadal is to win a 12th title in Catalonia he will have to do it the hard way.