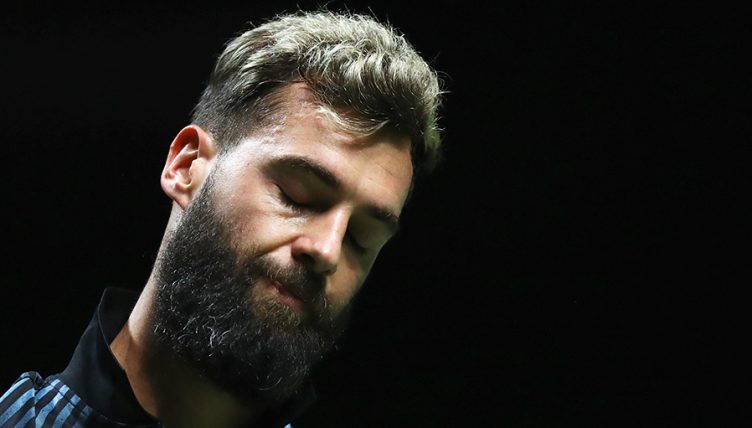 Benoit Paire lashed out at the Marseille crowd after he slumped to a 6-2, 6-3 defeat to David Goffin in the Open 13.

The Frenchman cut a frustrated, agitated figure throughout, receiving two code violations and subsequent point penalty after smashing his racket in anger.

Immediately after Goffin closed out his win, Paire was booed off the court.

“There are two who whistle and then it’s a bit like sheep,” Paire told reporters after the match.

“There is one that dives, (then) everyone dives in. If people prefer that, all the better.

“(They) hissed at me because, supposedly, I did not fight enough.

“I tried to come back, he (Goffin) played some beautiful points at the end. Yes, I got angry, because I’m disappointed to lose, that’s tennis.”

Despite the unkind reception from the crowd, Paire insisted it is not something he will lose any sleep over.

“I’m 29 years old, I’ve been on the circuit for ten years, I’m trying to get better every day, I still have a great match, and for me a very good level of play,” he added.

“Afterwards, they (the crowd) whistle, that’s not going to stop me from sleeping well.

“I’m going to go change, go for a drink and everything will be fine.”