Benoit Paire on his recent struggles: ‘On the morning of my matches, I felt like I couldn’t get out of bed’ 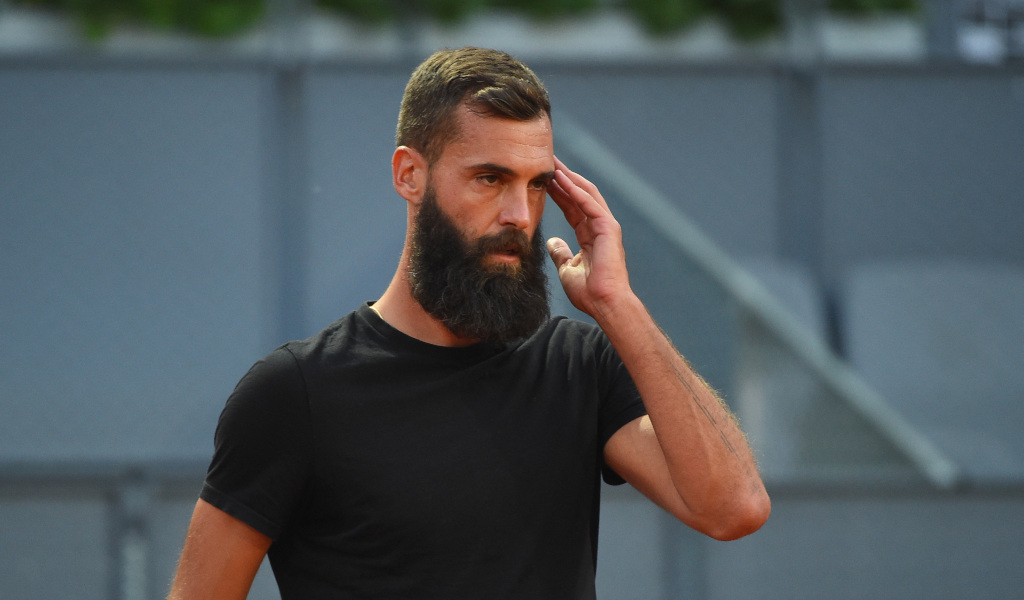 Playing tennis without fans the past few months has been incredibly difficult for Benoit Paire, but this week’s Madrid Open has showed the Frenchman that there is light at the end of the tunnel.

Paire has been one of the most vocal players when it comes to criticising the current state on the ATP Tour, describing the circuit as “rotten” and atmosphere as “sad” due to the lack of fans and strict bubble regulations.

It has also affected his game as he headed into the ATP Masters 1000 event in Spain with only one win in 11 matches in 2021.

However, he finally got win number two for the year under his belt on Tuesday when he beat Nikoloz Basilashvili 6-4, 7-5 in front of spectators and he certainly enjoyed the moment.

His winning run was brief as he suffered a 6-1, 6-2 defeat at the hands of fourth seed Stefanos Tsitsipas on Wednesday, but before the second-round clash he opened up about his struggles.

“It had been a very long time since I entered a court with people around me supporting me,” he told L’Equipe during an interview. “Being in empty stadiums is not something that I like. So being in Madrid in a Davis Cup atmosphere with French people who support me from start to finish, it makes me feel good and makes me love tennis again. That’s why I play and it warms my heart.

He added: “I don’t just play for myself, I also play for the people who are there and who support me. I had to, for the recognition of this support, not to let go. It was not easy, I had to put myself in my head.”

Paire, who took time out after his Monte-Carlo exit as he spent some time in the Maldives, admits he “woke up without pressure” in Madrid on Tuesday.

“What has happened in the last few weeks is unrelated to the level of tennis. It was in my head. On the morning of my matches, I felt like I couldn’t get out of bed. But today I woke up without pressure. I was in a good mood, I laughed, my legs were moving well.

“So I had signs that showed me that it was all okay. And the reception on the court really set me right. Because, I feel that there are people who don’t like me, but there are also people who like me a lot. And that makes me feel good.”