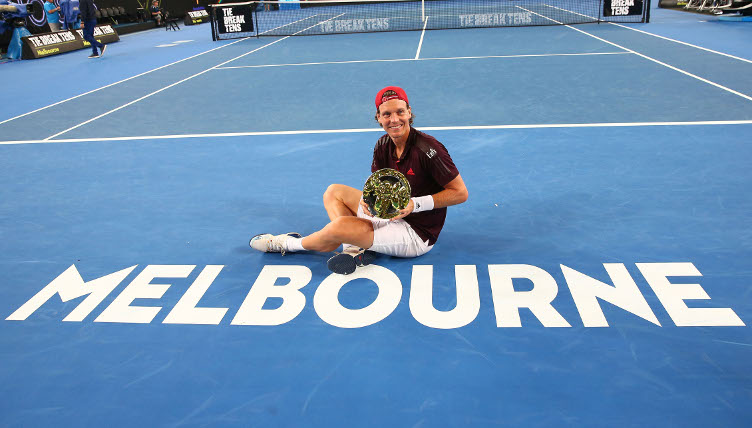 Tomas Berdych is $250,000 richer, which is probably small change to him anyway, after beating Rafael Nadal in the final of the Tie Break Tens in Melbourne.

It was all in a day’s work for Berdych as he beat in-form Australian Nick Kyrgios 10-8 in his quarter-final clash a bit earlier in the day before seeing off Milos Raonic 11-9 in the semi-finals.

World No 1 Nadal, meanwhile, overcame Lucas Pouille 10-1 and Australian icon Lleyton Hewitt 13-11 in his two matches to reach the final.

The exhibition event, where all matches are the first to 10 points, included seven of the world’s best players as well as former Wimbledon winner Hewitt, who upset Novak Djokovic in their opening clash.

Earlier Stan Wawrinka pulled out of the tournament due to a knee injury and was replaced by Canadian Raonic.