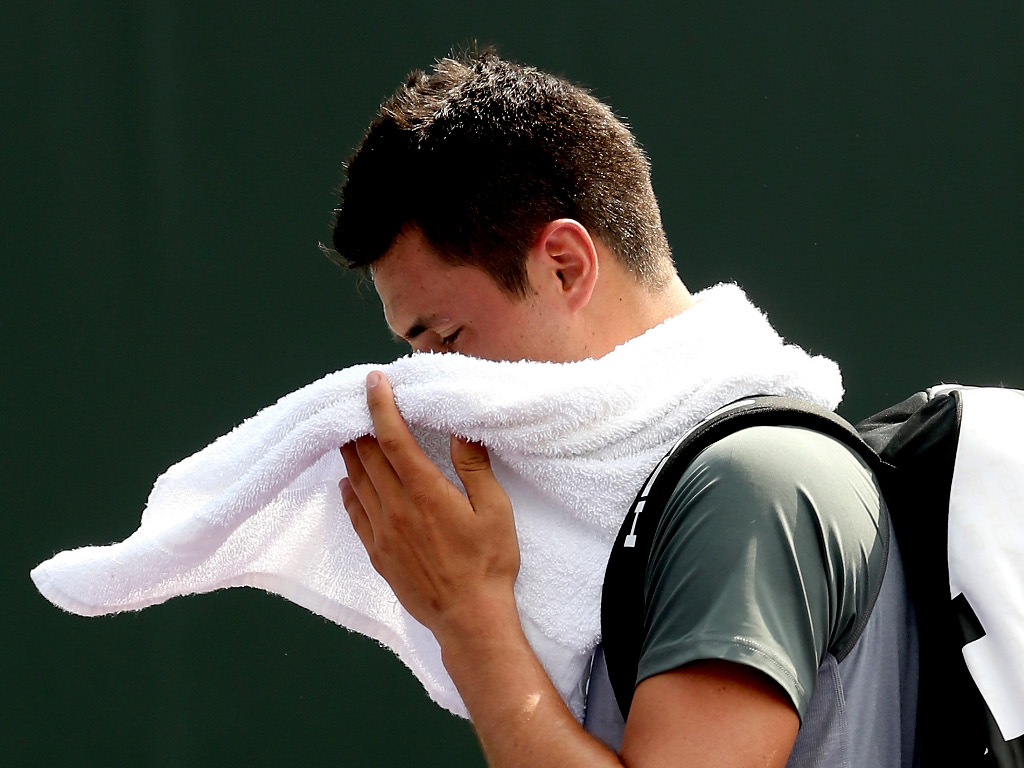 The Bernard Tomic-Lleyton Hewitt feud continues with the former admitting he sent the Australian Davis Cup captain a threatening message, adding “I stand by that”.

Tomic and Hewitt have never been best friends, but their frosty relationship took a turn for the worse at the Australian Open last month when the troubled Tomic told the media that “no one likes Hewitt anymore”.

Former world No 1 Hewitt then revealed that Tomic made “blackmail and physical threats” towards him and his family.

Tomic and his father John appeared on Nine’s 60 Minutes on Sunday and the 26-year-old was asked about the threats.

“I’m only speaking the honest truth of what I know, what I think and what a lot of people know, but are too afraid to come out and say,” he said.

He added: “Yeah, I did message him. I said exactly the words, ‘I will knock you out if you come one metre from me’, and he knows that. I stand by that.

“But did I mention his family? That’s pretty low. Mention family, kids, and stuff? How low do you have to be, I think that’s one of the lowest things I’ve ever heard from him.

“I stand by my threats to him, but not to his family.

“I’ve never threatened kids. Absolutely not. That’s so wrong. that’s really low. For him to say that, that’s really low. To go that low and make me look like that, now he’s said that, maybe if he comes two metres from me (laughs).”

Tomic and his father have threatened legal action against Hewitt over a 2010 incident during the Davis Cup and Tomic senior was asked why they didn’t report the issue at the time.

“I’m asking you, [presenter]Allison [Langdon], what’s happening if I bullied somebody 16 years old and threatened to him you locked in your room,” he asked.

“What’s happened? I will be in the jail now. We have beautiful country, strong law. Who is Lleyton Hewitt? Who is?”

Bernard added: “I was harassed. I was intimidated, that’s all I’ll say. I was 16 years old in Melbourne, Grand Hyatt, at a Davis Cup tie. I’ll stand by that. Further matters will be taking place.”