Bernard Tomic woes continue as Australian is dumped out of Istanbul 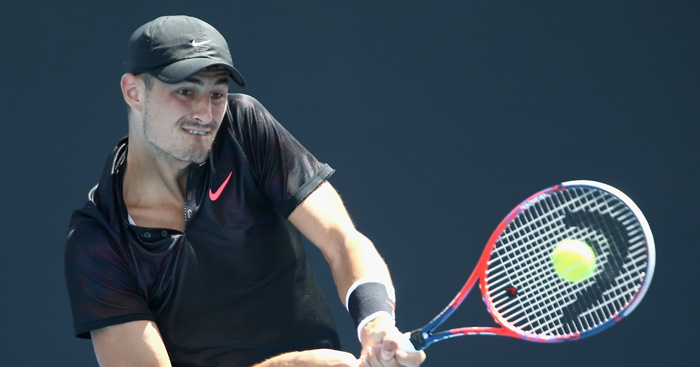 Bernard Tomic’s woes continued at Viktor Troicki came from behind to beat the Australian in the first round of the TEB BNP Paribas Istanbul Open.

Troicki started slowly but found his groove with 13 aces and five breaks against the Australian, who was competing at this level for the first time this year, to secure a 3-6 6-0 7-5 win.

Troicki’s compatriot Laslo Djere also progressed into the second round with a 7-6 (7/5) 7-6 (8/6) success over Denis Istomin, and Japan’s Taro Daniel bested Matteo Berrettini 7-5 6-3.

Meanwhile, German wildcards Yannick Hanfmann and Matthias Bachinger were both successful in their first-round outings at Munich’s BMW Open.

They were not joined by countryman Florian Mayer though, after he fell to qualifier Martin Klizan.

At the Millenium Estoril Open Portuguese wildcard Pedro Sousa held his nerve in a decisive tie-break to beat Gilles Simon 6-3 4-6 7-6 (7/4).