Who is the best player in the world? The Djokovic v Alcaraz debate 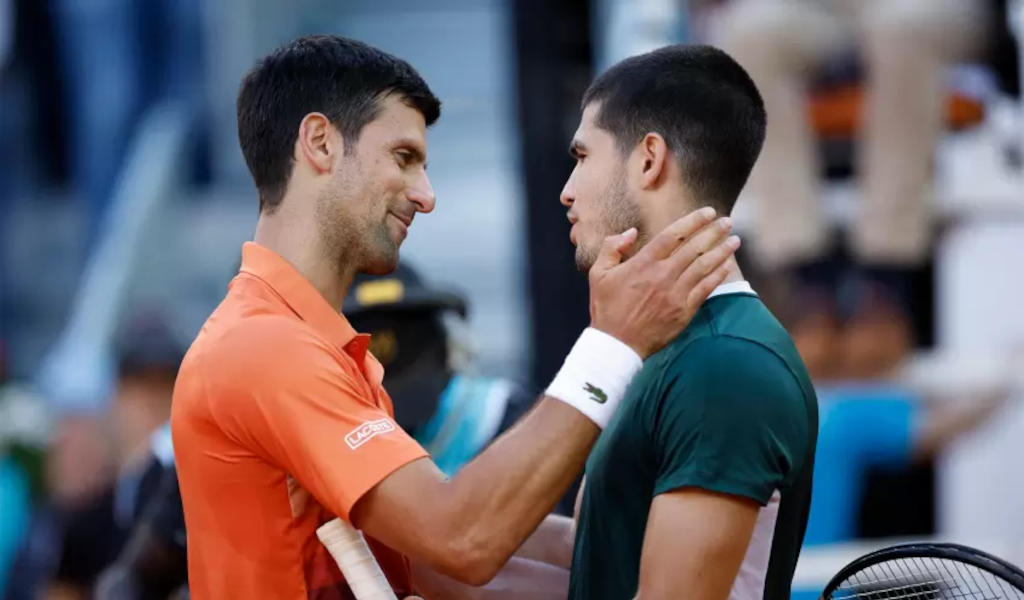 The ATP rankings are the traditional guide to identifying the best player in the world, yet it is hard to deny that the current league table is a little lop-sided.

While Carlos Alcaraz deserves all the credit for rising to the top of the rankings after his wonderful US Open win, his position as world No 1 has been enhanced by a series of events that have made 2022 a unique tennis year.

It all started in Australia, as Novak Djokovic’s decision not to take a Covid vaccine ensured he was banned from playing at the first Grand Slam event of the year in Melbourne.

The same issue continued to affect Djokovic as he missed four Masters events in America and Canada over the course of this year, as well as the US Open in New York.

Given the level he operates at, it is fair to assume Djokovic would have claimed at least 8,000 of those ranking point, with his Wimbledon haul adding a guarantee to that total in a ‘normal’ tennis year.

Then we need to consider the injuries that have affected Rafael Nadal’s year, which has included wins at the Australian Open and French Open.

Nadal may well have collected another 3,000 points if he had steered clear of injury and the Russian duo of Daniil Medvedev and Andrey Rublev would also have expected to collected more points if they had played at Wimbledon and ranking points were on offer.

What of Alexander Zverev?

The German was closing in on a shot at the world No 1 ranking when he was pushing Nadal all the way in the French Open semi-finals, only for a serious injury to afflict him at a crucial stage of the last four clash in Paris. He has not hit a ball in anger since.

So while this report is not an attempt to undermine Alcaraz’s achievement of climbing to the top of the rankings, a succession of events has continued to his relatively modest total of 6,740 topping the current rankings.

Djokovic topped the ATP rankings with 11,540 points at the end of the 2021 season, with Medvedev and Zverev finishing the year more points than Alcaraz currently has.

Four players had more points than Alcaraz at the end of the 2020 season, with Djokovic’s total of 12,030 close to double the total of the player at the top of the latest ATP rankings.

Right now, despite everything that has happened to him in 2022, your eyes cannot lie and looking at the bare facts as they are being presented to us on the court, Djokovic is the best player in the world.

His form since returning at the Laver Cup has been immaculate, with the wrist injury that affected him in that comeback event a factor in his defeat against Felix Auger-Aliassime in London.

Djokovic cruised to the title in Tel Aviv and he has looked magnificent in his latest event in Kazakhstan, confirming the belief that he is the best player on the planet when he is allowed to play and is free from injury.

“I still feel my body is serving me, is listening to me well. That’s the key I think when you get to 35-plus,” says Djokovic.

“I’m not playing as much as I played few years ago. I want to peak at the best tournaments, biggest tournaments in the world, which are Grand Slams and some of the biggest ATP events, playing for my country.

“That’s what gives me the most motivation and inspires me to play the best tennis. I really want to keep going. I don’t have the end of my career on the horizon at the moment.

“I just want to keep going as long as I feel good and I can compete with the youngsters, that I could be one of the candidates to win Grand Slams.”

The final few weeks of this tennis year may help to give us the definitive answer on who the best player in the world is right now, with Djokovic eyeing up success at the Paris Masters and ATP Finals in Turin.

Who is the best in the world? Carlos Alcaraz and Rafael Nadal may have their claims, but Djokovic remains the man to beat.