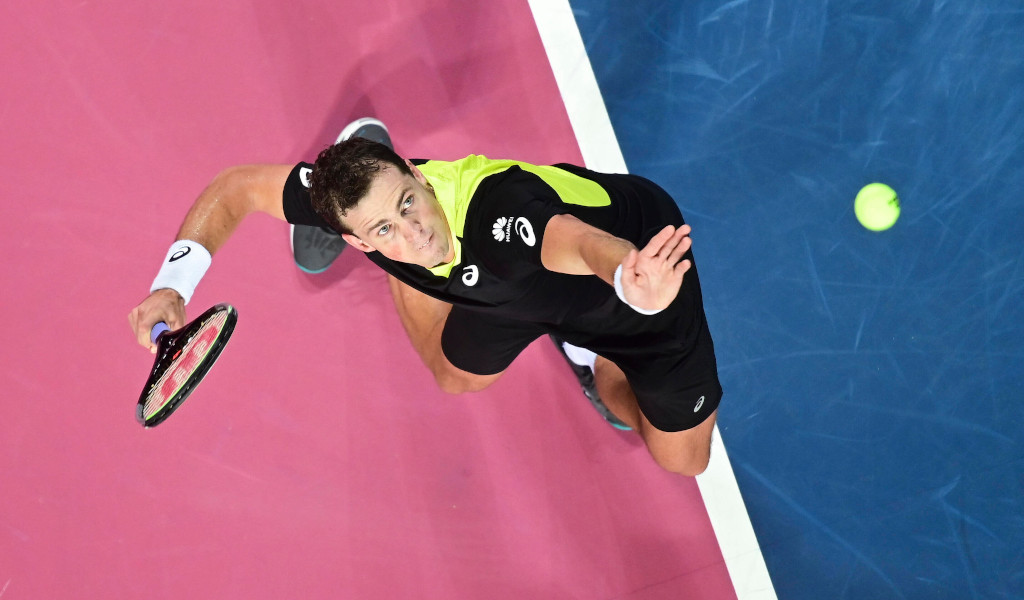 A “relaxed and confident” Vasek Pospisil claimed the big scalp of Daniil Medvedev in the first round of the ABN AMRO World Tennis Tournament in Rotterdam.

Coming into the match on the back of a fine run at the Open Sud de France that saw him finish runner-up to Gael Monfils, Pospisil continued his good form as he stunned the top seed with a 6-4, 6-3 victory in one hour and seven minutes.

After a break each way early in the first set, Pospisil was up against it at 4-4 as he was 0-40 down, but he dug himself out of trouble and claimed the decisive break in game 10 while a single break in game four of the second set earned him the win.

“It doesn’t happen every day that you can beat a player of Daniil’s calibre,” he is quoted as saying by ATPTour.com. “You always believe in yourself and you know you can do it, especially if you have done it in the past, which I have.

“I came in with a pretty precise game plan. I knew exactly what I wanted to do, but execution is another thing. I was also the big underdog, so I was a bit relaxed and confident, which is a good combo to have when you are going into a match.”

The Canadian will take on Filip Krajinovic from Serbia next after the world No 104 beat Dutch wildcard Tallon Griekspoor 6-4, 6-1.

Teenager Felix Auger-Aliassime also advanced as he produced another mature display to dispatch Grigor Dimitrov 6-4, 6-2, breaking twice in each set.

“It was for sure the best match I’ve played so far this year. It was so complete from start to finish,” Auger-Aliassime, who will face either second seed Stefanos Tsistipas or Aljaz Bedene from Slovenia next. “It was an almost perfect match. To dictate most of the points, serve well and return well, I’m very happy.”

Khachanov had beaten fifth seed Fabio Fognini in the opening round, but Evans got the better of the Russian as he secured a 4-6, 6-3, 6-4 win.

Up next for the British No 1 is either defending champion Monfils or Giles Simon.