Boris Becker: ATP Finals will give Alexander Zverev the belief that he belongs at top 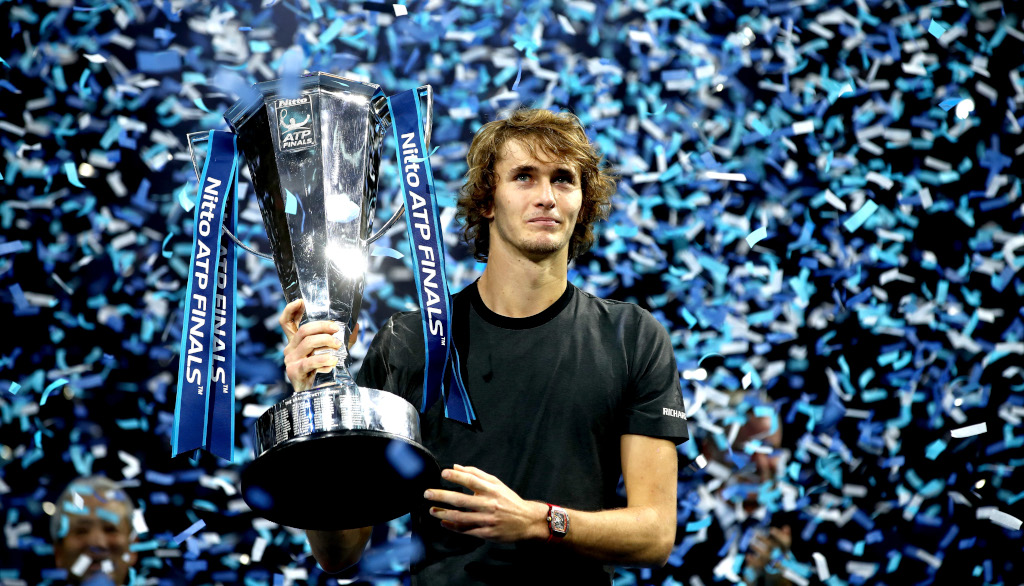 Boris Becker is convinced Alexander Zverev’s ATP Finals success “was a big breakthrough” and things are a looking “very promising for 2019”.

The German has long been tipped as a future world No 1 and he enhanced his reputation over the last two years by winning three Masters 1000 titles.

However, his inability to replicate that form at the Grand Slams, where his best performance is one quarter-final appearance, had raised questions about whether or not he can deliver on the biggest stages.

Zverev, though, answered some of those questions at the ATP Finals when he beat Roger Federer in the semi-final and world No 1 Novak Djokovic in the final to win the biggest trophy of his career and Becker feels it is a sign of things to come.

“He’s been touted by most of the experts as a future No 1 and playing like it,” the six-time major winner to ATPWorldTour.com. “He played the past two years, apart from the Grand Slams [at a high level].

“You wait as a young player to take the next step at the biggest of tournaments and at the Grand Slams, unfortunately, he hasn’t made a semi-final yet. But I think the way he performed throughout the whole week against the very best in tennis, looked to be very promising for 2019.

“It starts with yourself. If you gain a bit of confidence, if you start beating the best tennis players in the world day after day, you deep down start to believe that you really belong there. That’s why I think it was a big breakthrough.”

Zverev and other members of the so-called Next Gen have received a lot of stick for not taking over the baton from the likes of Federer, Rafael Nadal and Djokovic, but Becker insists his compatriot is coping well with the pressure that is being put on him.

“Pressure is sometimes overrated and sometimes underrated. I think if Sascha couldn’t cope with the pressure, he wouldn’t be consistently now, the past two years, in the Top 5 [of the ATP Rankings],” he said.

“So I think pressure is the least of his problems. I think it’s the quality of players. To play Rafa on clay, Novak on hard and Roger on everything else, it’s just very, very difficult. If you can’t handle the pressure, then ultimately you should find another job. But it’s really the quality of the opposition that would be the biggest problem for him and everybody else.”

Becker also praised the 21-year-old for taking a step forward and adding Ivan Lendl to his coaching set-up, something which yielded instant results at the ATP Finals.

“I think there’s a big difference [between] consistently playing Top 5 or Top 10. It’s a different quality,” he said. “So I would emphasise that he’s a Top 5 player. He’s a student of the game.

“For him to ask Ivan Lendl to improve his quality and performances speaks volumes. He could have said he’s happy with his father and his surroundings, he’s doing well. But no, he wants to be better, he wants to get better. Hiring Ivan, he’s one of the best coaches in the game today, and when their partnership started in September, I was very happy. I knew right away that Sascha isn’t satisfied yet. He wants to get to the very top. I think with Ivan on his side, he can achieve that dream.”