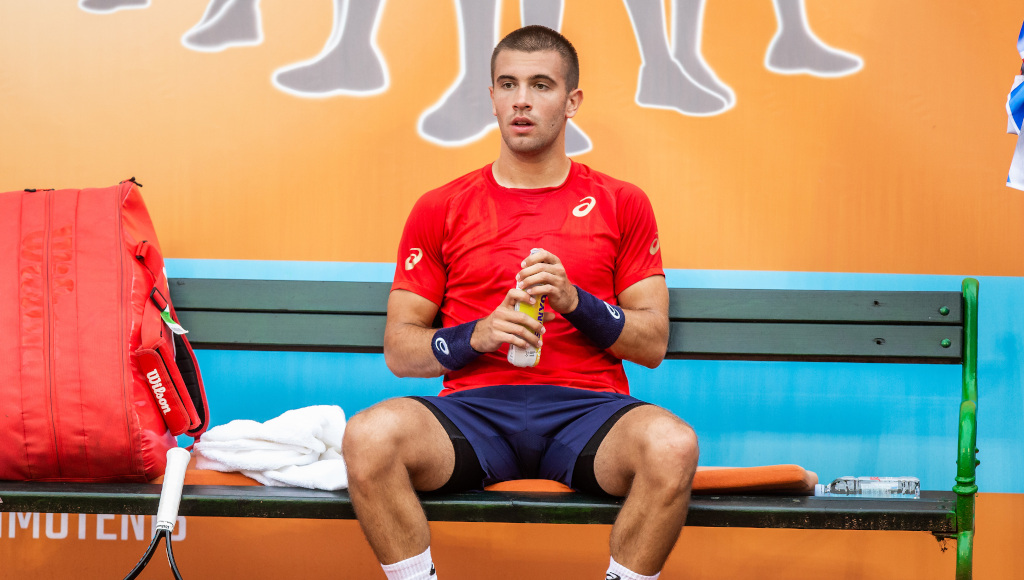 Borna Coric has become the second tennis player to test positive for the coronavirus following the Adria Tour, with the Croatian confirming the news via social media.

Former world No 3 Grigor Dimitrov on Sunday became the highest-profile tennis player to announce that he had tested positive for Covid-19.

His announcement came less than 24 hours after he took on Coric in world No 1 Novak Djokovic’s exhibition tournament, the Adria Tour, in Croatia.

Dimitrov was clearly under the weather throughout the match and confirmed later that he had Covid-19.

Well, that was not a match. Something wasn’t quite alright with Dimitrov. He chose not to shake hands rather just fistpump the umpire. pic.twitter.com/FmHDVlHpAZ

The tournament was cancelled on the back of the Bulgarian’s positive test with the final between Djokovic and Andrey Rublev and called off.

However, world No 33 Coric has now also tested positive.

“Hi everyone, I wanted to inform you all that I tested positive for COVID-19,” he wrote on social media.

“I want to make sure anyone who has been in contact with me during the last few days gets tested! I am really sorry for any harm I might have caused.

“I’m feeling well and don’t have any symptoms.”