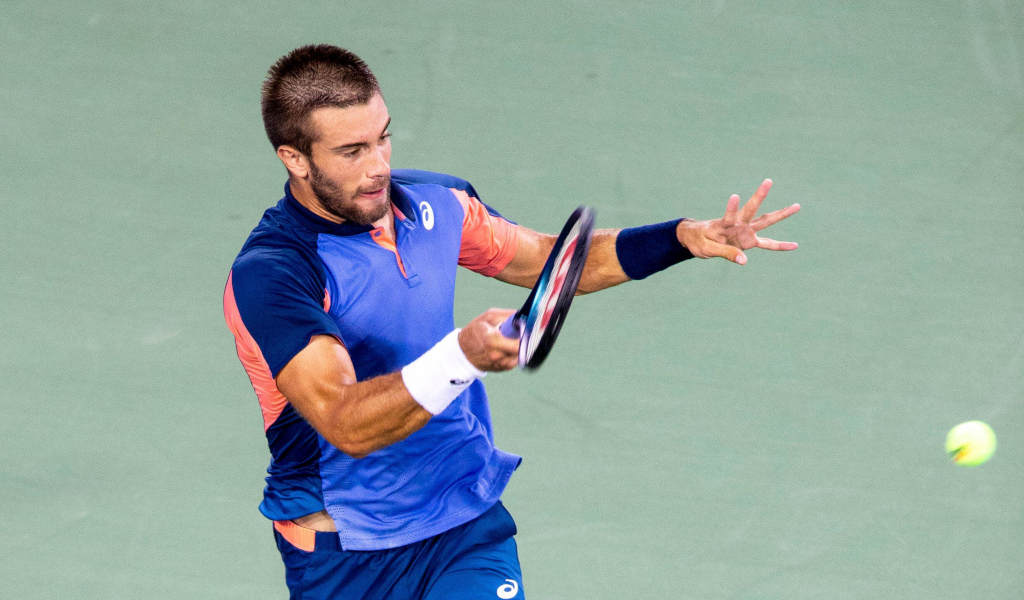 Coric earned his third ATP Masters final as a result and continued his fine comeback from shoulder surgery.

“It was a very tough day, a very long day as well,” Coric said after the triumph.

“It was a crazy day but in the end it did finish very good. I was obviously very happy with my tennis today, I was playing extremely well.”

Despite dropping a straight sets defeat on Norrie, Coric felt that he made a slow start to the match.

“At the beginning I was not there, I was not feeling the ball very well,” the 25-year-old Croatian said.

“Then I did find my rhythm. I started to serve better, I started to play much better and I think that was the key to the match.”

Meanwhile, in the earlier semi-final, Stefanos Tsitsipas found a way to counter the defensive game of Daniil Medvedev.

Tsitsipas won another enthralling encounter between the two men who have history with one another.

He played an aggressive game, getting to the net as soon as he could in a bid to negate the excellent defence of Medvedev.

Tsitsipas had to be brave to charge the net against a player with the ability of Medvedev but his bold gambit paid dues.

“There were some difficult shots I had to play a bit more,” Tsitsipas said of his game plan. “A few short balls I really took advantage of and came in. A lot of courageous serve and volleys, approaches to the net that definitely gave me that great win today.”

Tsitsipas said that he had to be alert to the opportunities to be able to cash in.

“I knew I had to sign up for a difficult task, third set, it wasn’t going to be easy,” Tsitsipas said post-match.

“He made it very physical and really demanding for me. I just took advantage of some of his missed first serves. I think I had a couple opportunities where it seemed to be going towards to my side.”

Tsitsipas conceded that Medvedev’s wayward serve aided his cause.

“He kept missing a lot of first serves consecutively and that gave me some time to think of my next move a little bit clearer,” Tsitsipas said.

“He gave me a double fault on break point, which I think was very important moment for me psychologically to give my best shot. I was a few games away and I was very calm and concentrated in every single task that was given to me.”

Stefanos Tsitsipas and Borna Coric will meet on Sunday with a chance to claim his second Masters title of the year and third career while the Croatian is in pursuit of a maiden ATP 1000 crown.