Borna Coric hits back at Nick Kyrgios, saying Australian likes to be a ‘general after a battle’ 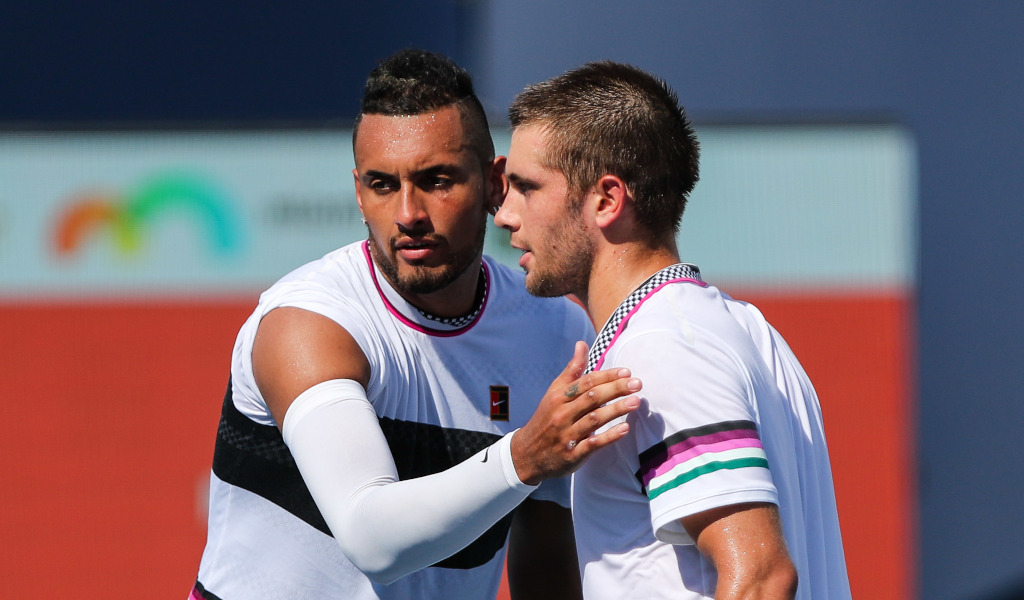 Borna Coric is the latest Adria Tour participant to condemn Nick Kyrgios over his public criticism of the event, saying he is not interested in “lessons” from the Australian.

The Adria Tour came to a shuddering halt in June after Coric, world No 1 Novak Djokovic, Grigor Dimitrov and Viktor Troicki tested positive for coronavirus.

Kyrgios was quite outspoken about the tournament throughout as he called the decision to hold it “boneheaded”.

Djokovic, who was the host of the tournament, called the criticism “malicious” and felt it was a witch-hunt while Dominic Thiem, who tested negative for Covid-19, insisted they didn’t break any laws.

And now Coric has also hit back at Kyrgios.

“I read what he wrote, but I simply don’t care since he likes to be a ‘general after a battle’,” the Croatian told the Jutarnji List newspaper.

“If someone else was teaching lessons I would have maybe understood, but Kyrgios … It’s somehow not realistic.

“But ok, it’s his style, that’s how he functions, I have no problem with that neither does it bother me on personal level.”

Alexander Zverev also took part in the Adria Tour, but he tested negative and vowed to self-isolate.

However, the German was spotted partying a few days later and Kyrgios accused him of being “selfish”.

Coric added: “I agree it is not good, Zverev did a bad thing, but I don’t see a need to criticise fellow players in such a way.