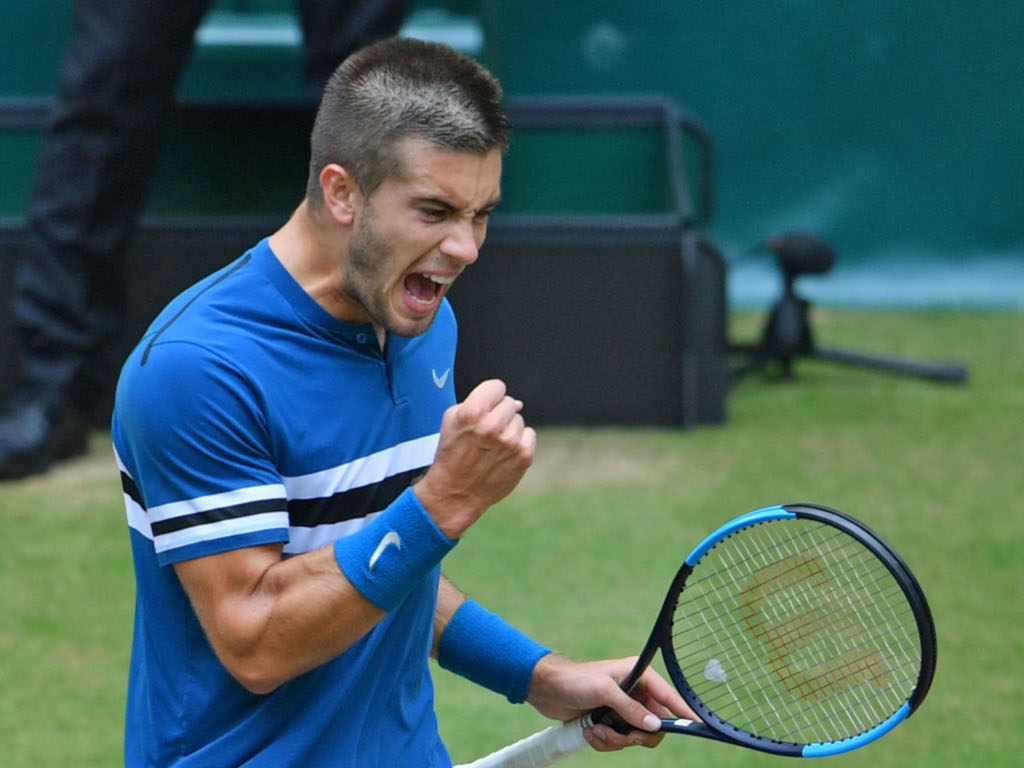 Federer started the match on the back of 20 successive grass-court wins and was looking for his 10th title in Halle.

From grass rookie to grass guru!

There were no breaks of serve in the opening set with the Croatian edging the tie-breaker, but Federer levelled it at one set each after a crucial break in game eight of the second set.

Coric was the aggressor in the deciding set and it was no surprise when he broke in game six and then backed it up with a solid service game.

Federer had to hold, but he produced a couple of uncharacteristic shots and Coric won on his second match point.

Coric, who won his maiden title at the Grand Prix Hassan II in 2017, dropped only one set en route to his second ATP Tour title.

The defeat means Federer drops back to No 2 in the world rankings with Rafael Nadal once again replacing him at the top.