Great Britain’s Ryan Peniston stuns Casper Ruud at Queen’s, saying ‘I can’t believe it, it feels like a dream’ 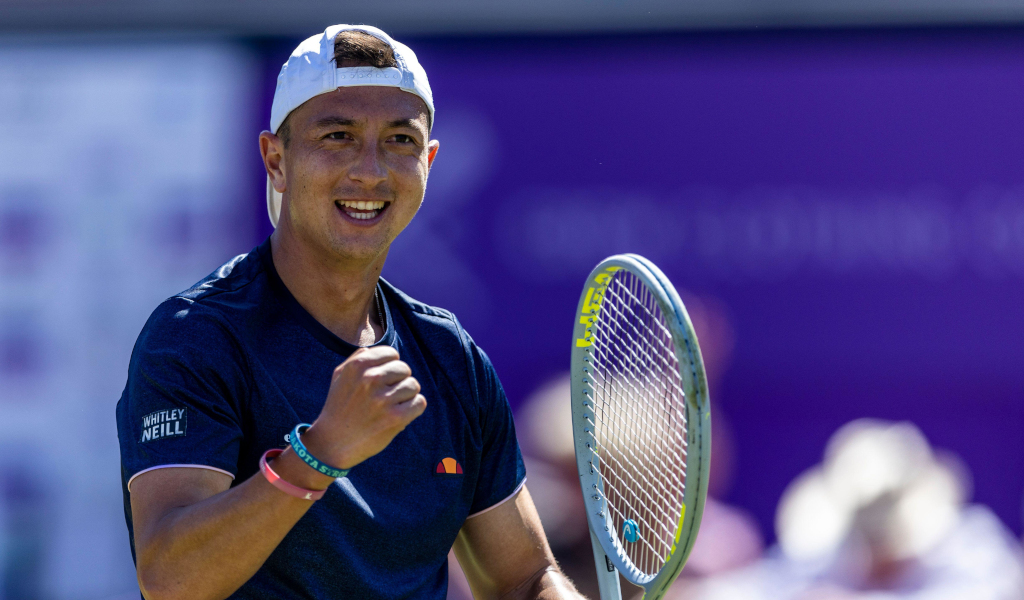 Ryan Peniston enjoyed a dream Queen’s Club debut as the British No 7 stunned top seed and world No 5 Casper Ruud.

It was only the seventh time the top seed has lost an opening-round match at Queen’s in the Open Era, with Peniston consigning Ruud to an illustrious list which also includes Andy Murray, Pete Sampras and Jimmy Connors.

He said: “I can’t really believe it, it feels like a dream. I didn’t get much sleep last night, it doesn’t feel real.

“Obviously Casper is an unreal player, he did so well at the French Open so I knew it was a tough ask, but you have to step on the court knowing you’ve got a chance to win – so that’s what I did.

“It’s a bit surreal, four or five years ago I was sitting over there watching. It’s a bit unreal. I’ll need a bit of time to process it.”

It was the perfect way for Peniston to celebrate the news he has received a wild card for Wimbledon.

The moment @ryanhpen got his first-ever ATP win against World No. 5 Ruud at Queen’s!#cinchChampionships pic.twitter.com/JmvLzcIevg

Admittedly Ruud is a clay-court specialist who has a pretty low opinion of the grass, and the Norwegian struggled with his timing throughout and also needed treatment on his hip after taking a tumble on the baseline.

Peniston, by contrast, has thrived on the turf this year and already had Challenger Tour wins over Jiri Vesely and Adrian Mannarino under his belt while breaking into the top 200 for the first time.

The University of Memphis alumni won five points in a row on his way to taking the first-set tie-break, not long after Ruud had slipped while on set point.

Ruud took another tumble early in the second but broke Peniston for the first time for 4-3, only for the home hope to hit straight back before completing the job in another tie-break.