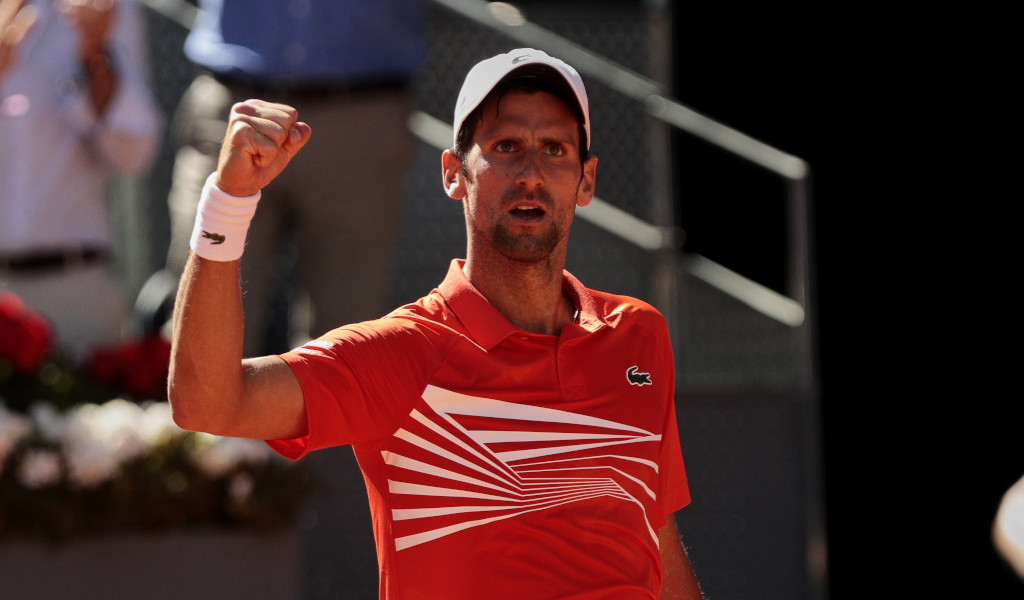 It was a gruelling encounter as world No 1 Novak Djokovic outlasted Dominic Thiem to reach the final of the Madrid Open.

The moment No.1 seed @DjokerNole sealed his place in the 2019 #MMOpen final 👏 pic.twitter.com/Zn4JwvbJnJ

Thiem came into the match as the form player on clay as he won the Barcelona Open a fortnight ago while he also finished runner-up in Madrid the past two seasons.

Djokovic, meanwhile, crashed out in the quarter-final in Barcelona.

But it was the Serb who won the battle despite finding himself behind early on in the first set.

Thiem broke in game three, but Djokovic drew level in game six before taking the tie-breaker. It was a similar story in the second set as the Austrian broke in game six, but it was back on serve in the very next game.

Djokovic then edged ahead in game 11, but this time Thiem came back from the dead, but the Serb again won the tie-breaker.

“I played the best match of the clay-court season so far, for me, against arguably the best tennis player in the world on this surface, so far [this season],” said Djokovic. “[Dominic] had an amazing tournament in Barcelona and here he beat Roger in a thrilling match. So he was in form… I just managed to hold my nerves and play the best when it was most needed.”

He added: “In both tie-breaks I thought I was calm, I was composed, I played the right shots and I read his serve well.

“These are the fastest conditions that I’ve played in at this tournament so far. Very heavy ball from his side and next to Rafa he probably is the player with the most spin and rotation on the ball, so it’s very hard to dictate the play, stay close to the line, which was obviously the tactic coming into the match.

“I knew that I need to be closer to the line and try to dictate the play, mix up the pace. I didn’t want to give him too much time. If he has a lot of time, he is as good of a player as you can get on this surface.”

He will face Stefanos Tsitsipas in the final after the Greek beat Rafael Nadal in the other semi-final.