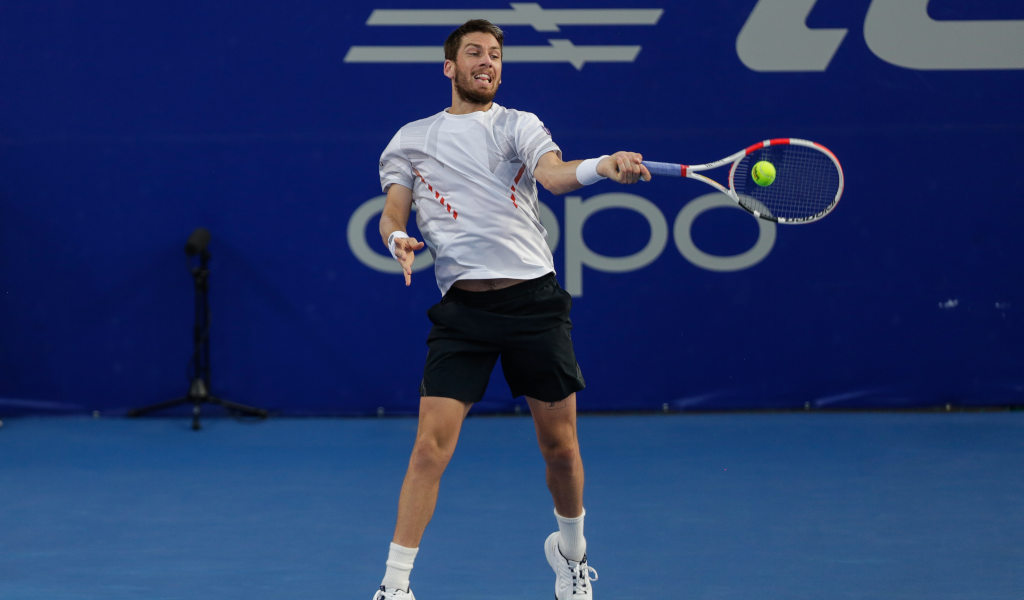 Cameron Norrie has followed up his Delray Beach Open title with another semifinal in Acapulco after breezing past Peter Gojowczyk.

Norrie made quick work of the German, whose path to the quarterfinals was eased by the disqualification of compatriot Alexander Zverev.

The British No 1 said afterwards that he tried to make the match as physical as possible in the heat and humidity of Acapulco.

“I used the court to my advantage,” said Norrie still brimming with confidence following his third career ATP tour title at Delray Beach. “Very slow, very bouncy conditions. I just made it physical points and made him play one more ball.

Norrie was set to close out the evening slate at the Mexican Open and didn’t waste anyone’s time, sending the punters home early with a 6-1, 6-0 domination of the German.

His on-court grind was evident throughout the contest as he looked to ratchet up the intensity at every opportunity.

Norrie gave very little away, fighting off five break points throughout the contest to ensure he advanced with minimum fuss.

He had seen off Gojowczyk’s compatriot Daniel Altmaier in round one before fighting through a three-set battle over American John Isner.

Norrie will now face World No 4 Stefanos Tsitsipas in the semifinal with the guarantee of a blockbuster final against either Rafael Nadal or new World No 1 Daniil Medvedev in the offing.

The Brit has matched his best performance in Acapulco with this effort but will no doubt be eager to reach his ninth ATP Tour final.

South African-born Norrie enjoyed a breakout year in 2021 winning at Los Cabos and Indian wells and contesting six finals in all.

He has bounced back well from a disappointing first round exit at the Australian Open, reaching the last eight in Rotterdam before lifting the Delray Beach Open trophy last week.

He reached a career-high World no 12 at the tail-end of last year but is on course to break into the top ten soon.