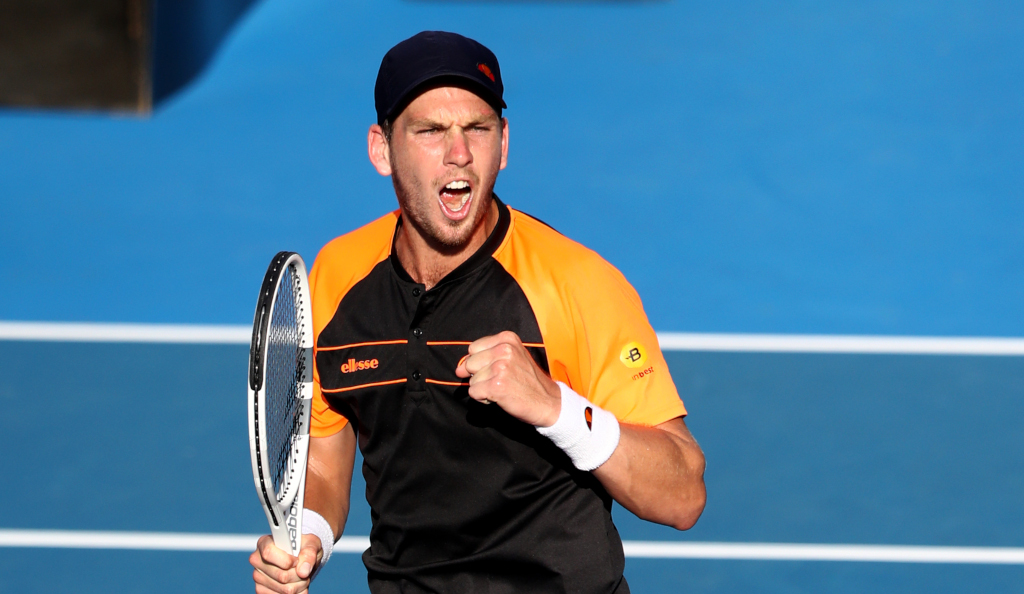 Cameron Norrie’s dream run continues at the ASB Classic as he is now just one win away from his maiden ATP Tour singles title.

The British No 2 reached his first-ever singles final as he overcome a second-set wobble to beat Jan-Lennard Struff 7-5, 4-6, 6-3 in one hour and 55 minutes.

After squandering two break points in game six of the opening set, Norrie finally sealed the deal in game 12 with his second set point.

Struff, though, hit back in the opening game of the second set, but the 23-year-old drew level three games later only for the German to take the crucial break in game seven.

Norrie, who was born in South Africa and grew up in New Zealand before moving to Britain, then broke in game two of the decider and wrapped it up on his first match point.

“Today I was a little bit zapped in the second set but I was like ‘look, it’s such an honour to be playing on this court where I grew up on this court’,” he said. “So I was just going to fight for every point and give my everything and I ended up getting out on top.”

He will take on Tennys Sandgren, who is also gunning for his maiden singles trophy, in Saturday’s final after the American beat Philipp Kohlschreiber 6-4, 6-2 in one hour and 11 minutes.

Sandgren claimed one break of serve in the first set and two in the second to reach his second ATP Tour final.