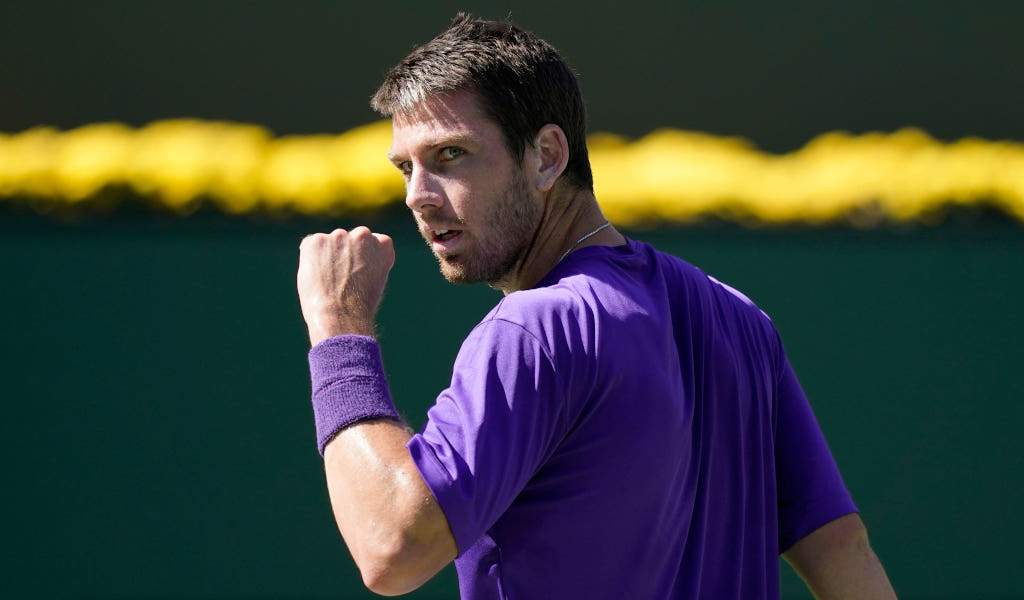 Cameron Norrie found himself staring down the barrel at the Stockholm Open as he was down a break in the deciding set, but bounced back to see off Aslan Karatsev to reach the quarter-final.

After missing several weeks following a positive Covid-19 result, the British No 1 initially made a good start against Karatsev before losing his way slightly. He ultimately emerged victorious with a 6-7 (8-10), 6-3, 6-4 win in just over three hours.

Norrie found himself up against it in the third set as the Russian broke in game six to go 4-2 up, but he hit back immediately and after a solid hold, he broke for a second time and eventually served it out.

The win also boosts his hopes of qualifying for the season-ending ATP Finals as he is currently 12th in the Race for Turin.

Norrie has a lot of ground to make up though as he sits on 2,400 points in the live rankings, some way off Felix Auger-Aliassime’s 3,065 in seventh place.

“It was a tough match,” Norrie said. “Every time Aslan was down he raised his level and he really stole that first set from me.

“I had a couple of set points and I didn’t execute as well as I could have done in the tie-break. I stayed solid and I was a bit frustrated in the third set but I managed to claw it back. I feel good and fresh.”

He will face Holger Rune in the quarter-final after the seventh seed from Norway defeated Cristian Garin 7-6 (7-2), 6-1 while Denis Shapovalov is the projected semi-final opponent after the Canadian reached the quarter-final with a 6-4, 7-5 win over Swiss qualifier Antoine Bellier.

Shapovalov will face the winner of the Alex de Minaur and JJ Wolf clash.

Top seed Stefanos Tsitsipas also booked his place in the last eight as the Greek came through a tough battle against Maxime Cressy, winning 7-6 (7-5), 7-6 (14-12).

“I really had to hang tight in there and I delivered the shots that I had to in that second tie-break, which was very crucial,” Tsitsipas said.

“He was serving extremely well, catching the lines, being very precise and I really went for it in that one.”

He will face either fifth seed Tommy Paul or local favourite Mikael Ymer for a place in the semi-final.