Grigor Dimitrov started the 2018 season with the world at his feet, but 10 months later he desperately needs to arrest his slump if he is not to become a spent force on the ATP Tour.

Having finished 2017 at a career-high No 3 in the world rankings on the back of winning the biggest title of his career, the season-ending ATP Finals, many predicted big things from the Bulgarian in 2018.

He appeared to have finally shaken off the “Baby Fed” nickname and pundits pencilled him in as a Grand Slam threat, and rightly so as he was a man on the rise. 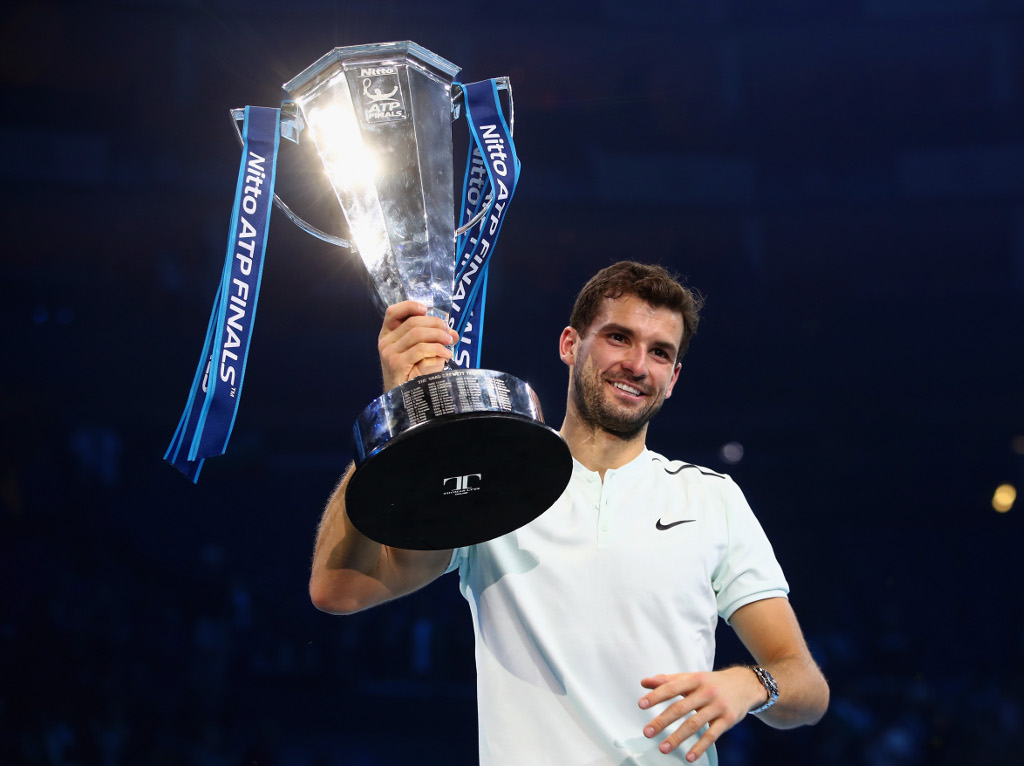 Besides the ATP Finals, he also won his maiden ATP Masters 1000 title, the Cincinnati Masters, and two other ATP 250 tournaments.

It was an incredible turnaround given that he failed to win a trophy in 2016 having finished runner-up in three tournaments, while he didn’t even make a final in 2015.

What we saw was a re-energised Dimitrov and suddenly he was expected to be the main threat to Rafael Nadal and Roger Federer in the majors.

However, he was quickly brought back down to earth as he struggled for most of the Australian Open before being beaten by Kyle Edmund in the quarter-finals.

He then reached the Rotterdam Open final where he lost against Roger Federer, but instead of that run proving to be the turning point in his season, it was his early defeat at the Dubai Tennis Championships that set the tone for what was to follow.

He suffered a string of early exits, including first-round losses at Wimbledon and the US Open, and slumped to No 10 in the world rankings with his hopes of defending his ATP Finals trophy hanging by a threat.

Change had to come and he has turned to Andre Agassi, but you have to question why it has taken him and his team this long to finally make the decision.

One should never make change just for the sake of making change, just ask Novak Djokovic, but it has been pretty obvious that Dimitrov needed to do something to arrest the slump.

Dani Vallverdu has been by his side since 2016 and he was the man that guided him to his career-high of No 3 last year, and he has also been the one to turn to Agassi.

“I asked Andre to join us,” Vallverdu told Sportsmail. “Both Grigor and myself think he can help in a few areas, he has known him well since the juniors and they have spent time together. The whole team is looking forward to having him around.”

Agassi, of course, will bring a wealth of experience with him and, while his stint as Djokovic’s coach didn’t exactly go according to plan, he will add something to Dimitrov’s game.

For now it is a short-term, consultancy agreement, but one hopes for Dimitrov’s sake that he can bring out the best in the Bulgarian as at the age of 27 he can no longer be considered “one for the future”.