Can we compare Federer vs Nadal and Hamilton vs Vettel?

In tennis you have Roger Federer versus Rafael Nadal while in Formula 1 it is Lewis Hamilton versus Sebastian Vettel. How do two of the current greatest sporting rivalries match up?

Just days after winning his fourth World Championship title, Lewis Hamilton admitted that he draws inspiration from tennis greats Roger Federer and Rafael Nadal, telling Spain’s AS “stars like Nadal or Federer are an example for everyone and I try to inspire myself in what they do”.

A few months earlier, Mercedes team principal Toto Wolff compared the Hamilton-Vettel rivalry to that of Federer and Nadal, saying: “It is very sportsmanlike, like a Federer-Nadal situation. They don’t want to be beaten by the other guy but somehow there is a respect for the other person.”

Yes, we know it is not easy to compare different sports, but how do the two rivalries stack up? 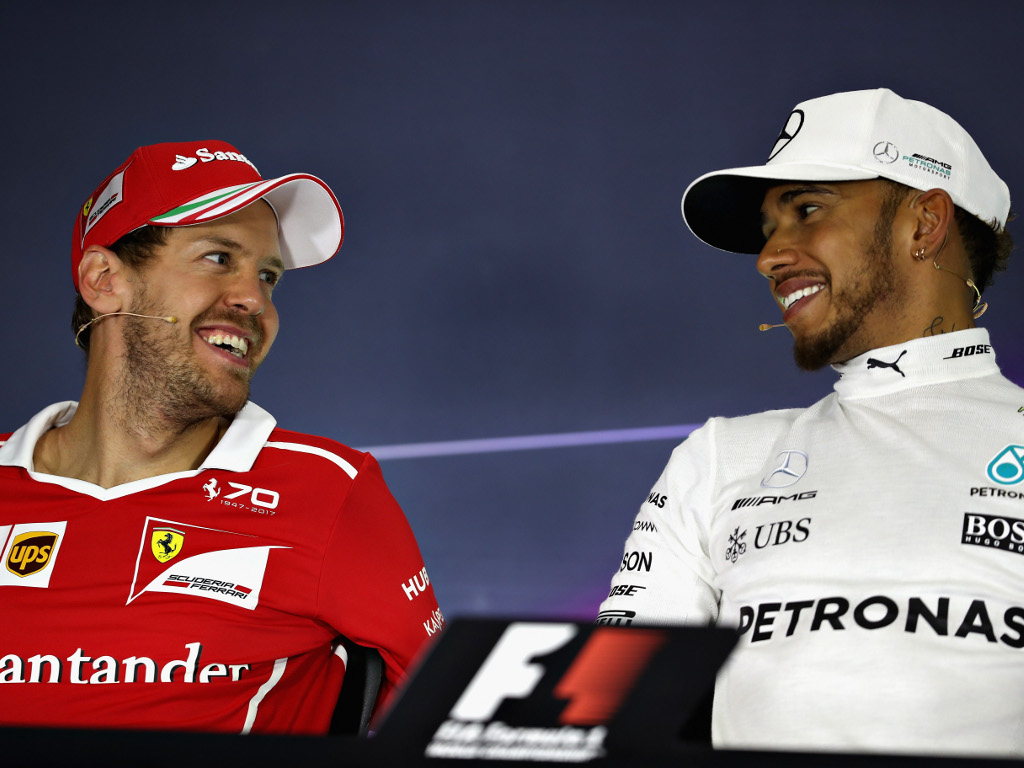 Titles and Trophies
Federer and Nadal have been competing against each other since 2004 and despite the long rivalry, they have ‘only’ faced each other 38 times with the Spaniard leading the head-to-head count 23-15 and having won six of their nine Grand Slam finals matches.

The battle lines were drawn pretty much from the word go when a 17-year-old Nadal upset the then world No 1 Federer in their first encounter in Miami in 2004.

Due to his “head start” Federer, who turned pro in 1998, has always led the way in the Grand Slams as he has 19 majors, the most of any male tennis player, but Nadal is not too far behind with 16 and he is five years younger than the Swiss.

Hamilton and Vettel, meanwhile, have gone up against each other since the 2007 F1 season, but they only started going head-to-head in the 2009 season as they were finally both in race-winning machinery. However, it wasn’t until Vettel moved to Ferrari in 2015 that their rivalry started to truly spark.

With Vettel winning four titles in a row with Red Bull from 2010 to 2013, he had the early upper hand, but Hamilton has clawed his way back and he joined the German on four World Championships this year after winning three of the last four titles with Mercedes.

The tennis duo clearly leads the way as they occupy the top two places in terms of Grand Slams won, while Hamilton and Vettel are still three off German legend Michael Schumacher’s record of seven World titles. However, you’d expect them both to either join or surpass second-placed Juan Manuel Fangio’s five before they retire. 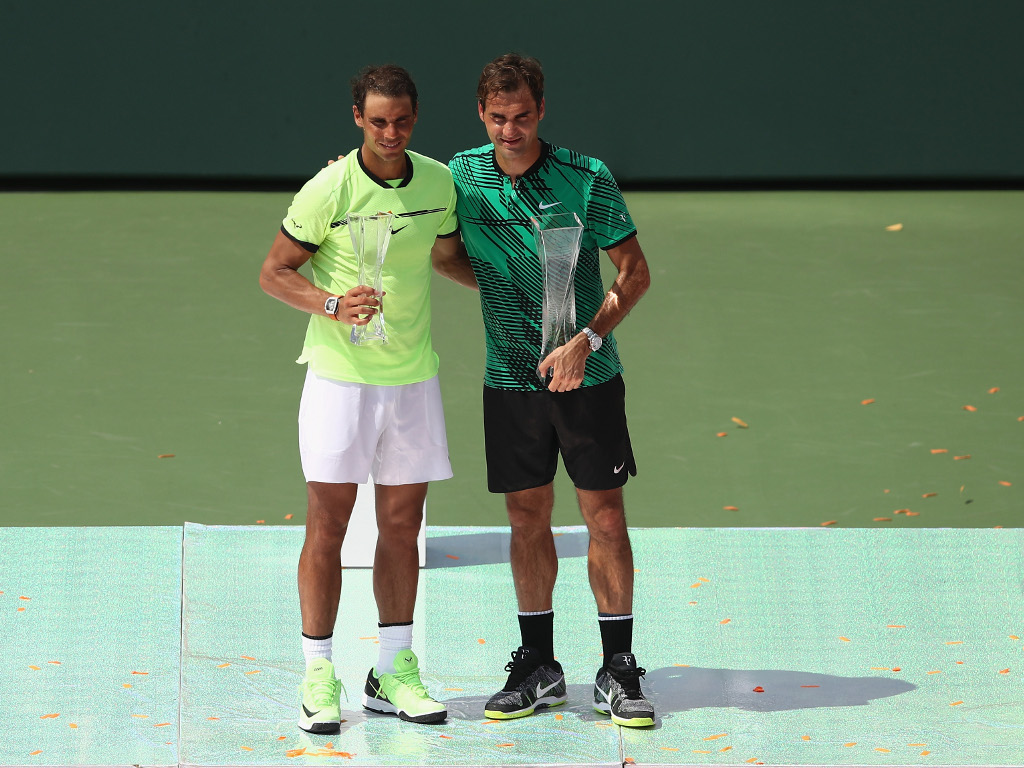 Sportsmanship
There is no doubt that the Federer and Nadal rivalry is one of the friendliest in world sport and it is something that their respective fans appreciate. Heck, they even made congratulatory videos for each other at the 2017 Shanghai Masters. Isn’t that lovely.

However, let’s be honest, a lot of sports fans love a good feud or a bit of niggle – and Hamilton versus Vettel delivers on that front.

After years of backslapping and praising each other, they finally had a bit of argy-bargy at the Azerbaijan GP this year as Vettel deliberately bumped into Hamilton after he accused the Mercedes driver of brake-testing him. The gloves were off, with Hamilton describing his rival’s behaviour as “dangerous” and “disgusting”.

Red Bull team boss Christian Horner weighed in, saying: “They hate each other because they are in each other’s way of achieving their goal.” 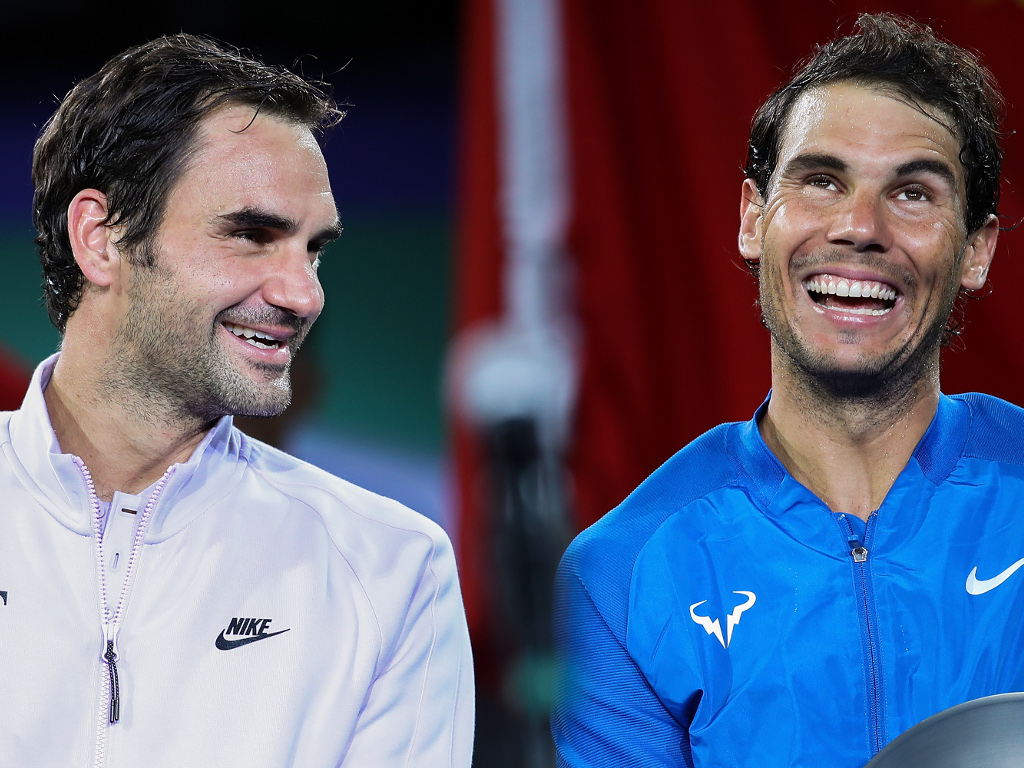 Legendary Status
Many believe Federer and Nadal will go down as the two greatest tennis players of all time – and it is hard to dispute that as they already top the Grand Slam titles list.

In Formula 1 the greatest F1 drivers topic is always a heated one. Schumacher sits top of the list of most Championships won, but while the likes of Ayrton Senna, Niki Lauda, Sir Jackie Stewart, Jim Clark, Fernando Alonso and Mika Hakkinen are further down the list in terms of titles, the best-ever driver debate is one that is unlikely to be settled, ever, as it is too subjective.

Both rivalries are the best in the sporting business at the moment and Hamilton versus Vettel can make up some ground if they are both at the top of their game over the next few years.

But in terms of the greatest rivalry, Federer versus Nadal will live long in the memory of not only tennis fans, but sports fans in general.