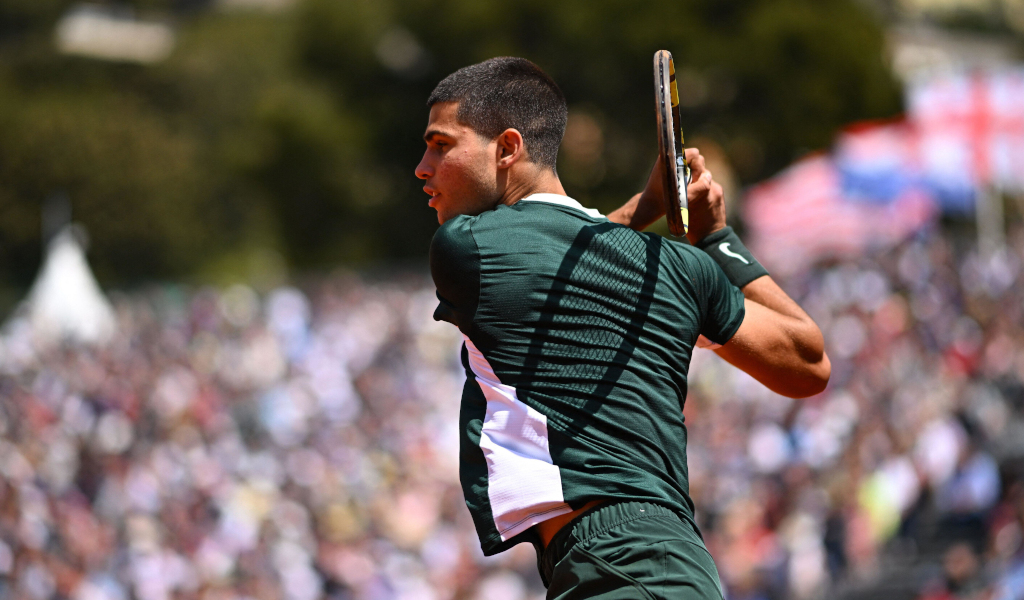 Teenage sensation Carlos Alcaraz will make his cinch Championships debut this year as he is part of on an impressive entry list that also features Andy Murray and defending champion Matteo Berrettini.

Alcaraz has set the tennis world alight this year as he has won four singles titles, including two ATP Masters 1000 tournaments, and climbed to a career-high of No 6 in the ATP Rankings.

The Spaniard did not play any warm-up events prior to his Wimbledon debut last year so it will be his first sojourn on the grass outside of SW19.

Will he be lifting our famous trophy in June? 🏆 pic.twitter.com/mI0dF1N9aW

Murray, meanwhile, will kick off his grass-court season on the ATP Challenger Tour before wrapping up his Wimbledon preparations at Queen’s Club.

After opting to skip the French Open, the former world No 1 will return to competitive tennis at the Surbiton Trophy, which kicks off on May 29 in South West London.

He will then return to ATP Tour action as he has been awarded a wildcard for the ATP 500 cinch Championships.

Murray is a five-time singles champion at Queen’s Club while he also won the doubles alongside Feliciano Lopez in 2019.

“I’m really looking forward to playing at Surbiton and Queen’s this year – two great events,” the two-time Wimbledon champion said. “It’s always special playing on the grass in front of a home crowd.”

Berrettini, who has been ruled out of this year’s French Open, will return to defend his title. The Italian used the Queen’s Club event last year as springboard for Wimbledon where he finished runner-up to Novak Djokovic.

The field will also include world No 8 Casper Ruud from Norway, British No 1 Cameron Norrie and Dan Evans and Jack Draper in the singles while Joe Salisbury, Jamie Murray and Neal Skupski will feature in the doubles.

“To see so many of our British players thriving at the top of the game highlights the progress our sport has made in recent years, and it will be fantastic to see so many of them taking to the grass courts for the LTA’s summer events,” Leon Smith, Head of Men’s Tennis at the LTA and Davis Cup captain, said.

“In a year that has seen Cam Norrie break into the top ten of the ATP rankings, Dan Evans and Andy Murray serve up some great performances, Joe Salisbury rise to No 1 spot in the doubles rankings, Neal Skupski win his first ATP 1000 event and Jack Draper continues to make such great progress, there is so much to look forward to this summer in our grass courts events leading into Wimbledon.”

The cinch Championships runs from June 13-19.