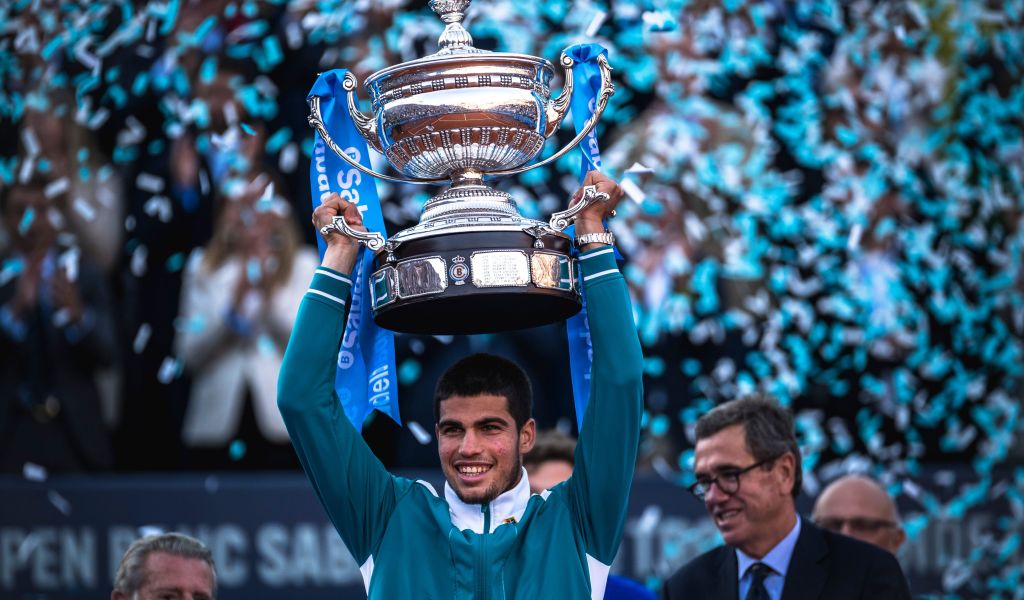 Alcaraz, who has now won three titles this season, will climb to ninth in the ATP rankings on Monday, making the 18-year-old the youngest player to crack the top 10 since Rafael Nadal did it 17 years ago after lifting his first Barcelona trophy.

Alcaraz also confirmed in his post-match interview that he motivates himself by listening to the soundtrack of the Rocky series.

“I try to listen to that song before every match. It motivates me,” Alcaraz said, cracking a smile. “When I listen to the music, I remember the movie and it’s amazing the fighting spirit that Rocky has. I try to have that experience in every match, so that motivates me.”

The win sealed an epic day of action in Barcelona, with rain delays over the last few days forcing tournament organisers to play the semi-finals and final on Sunday.

While the final was a relatively routine affair, Alcaraz had earlier saved two match points in his semi-final against Alex De Minaur, which had been delayed until Sunday due to rain.

On the first match point De Minaur had the chance to put away a short forehand to seal the win, only for Alcaraz to produce a brilliant passing shot down the line having seemingly overrun the ball.

The rising star of tennis fought back to win that match and somehow had enough energy to produced a sparkling performance in the final against Carreno Busta.

Alcaraz will now head to the Madrid Masters event as one of the favourites to lift the title.