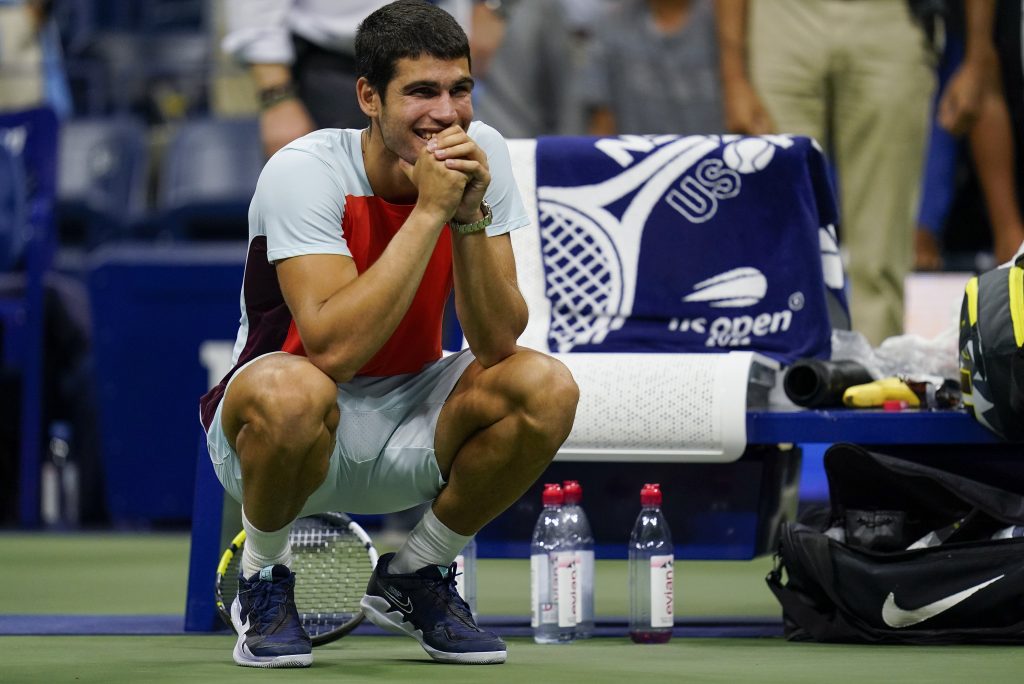 Carlos Alcaraz had the most incredible 2022 season as he chalked up milestone after milestone on the ATP Tour.

Alcaraz was tipped by several pundits to have a big year in 2022, after a strong finish to the 2021 term.

Many felt he was set to possibly enjoy a very good clay court season in 2022 but his all-court performances have suggested that he is a big star in the making.

It was in Miami that he sounded the first warning shot to the elite of the game.

He did have a very good clay court season, reaching five of his seven championship matches on the surface.

However, he added the US Open to his Miami title to show he could handle the heat and hard courts.

A couple of strain injuries sustained in 2022 prevented him from having an even more impressive campaign as he ascended to the top of the ATP Rankings.

Alcaraz has been tipped to be a big match star in the future and in his breakout season scored huge wins including going back to back against Rafael Nadal and Novak Djokovic.

A very young player still, Alcaraz hasn’t shown any inkling of having an interest in luxury.

He is known to start every day with a workout, typically hitting the gym by 09:30 at the latest.

Alcaraz trains obsessively which has driven a phenomenal physical transformation.

He still lives with his parents but recently saw his curfew removed, although his family remain a firm influence in his life.

As a younger teen, he spent his weekdays at the tennis academy in Murcia, and he is used to a life centered around the sport.

He met his girlfriend Maria Gonzalez Gimenez at the Murcia Tennis Academy.

Gimenez enjoys the sport but its not clear if she harbours ambitions of a career on the WTA Tour.

The couple have shared few details of their relationship.

As a very young player, Alcaraz’s finances haven’t been scrutinised and it is not known what he has done with his winnings.

He might have career earnings approaching $10 million but given he resides in Spain is likely to have paid some heavy taxes on those winnings.

Alcaraz made his ATP main draw debut in February 2020 at the the Rio Open after winning the wildcard singles main draw at the age of just 16.

He has featured in every Grand Slam since making his Major debut at the Australian Open in 2021.

Alcaraz became the World No 1 for the first time on 12 September 2022 one day after winning the US Open.

Alcaraz is expected to pick up a few more sponsors in the coming years after an impactful 2022.

He currently has a commercial relationship with Rolex and is supplied by Nike and Babolat.