Carlos Alcaraz finally gets his hands on the ATP No 1 trophy: ‘It’s a dream come true’ 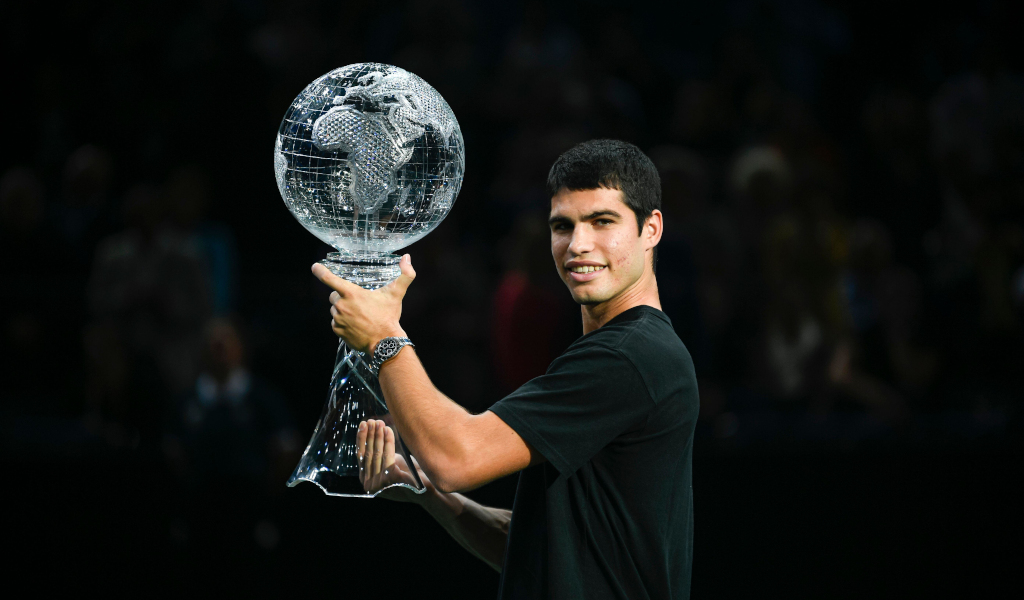 Carlos Alcaraz at last feels like the world No 1 after he was finally presented with the ATP No 1 trophy at the Paris Masters.

The Spaniard ascended the throne when he beat Casper Ruud in the US Open final in September, becoming the youngest world No 1 at 19 years and 129 days. He comfortably beat the previous record of 20 years and 268 days held by Lleyton Hewitt from Australia.

“For me it’s a dream come true being No 1 in the world, to be a Grand Slam champion,” he told the ATP Tour. “I feel like the No 1, to have this trophy, it means a lot to me.”

Following his breakthrough season last year that saw him win his maiden ATP singles title and finish just outside the top 30 in the ATP Rankings, Alcaraz has gone up a few notches this campaign.

He won four titles in the first half of the season – including his first two ATP Masters titles at the Miami Open and Madrid Open – to surge into the top 10.

After a couple of runners-up finishes in Hamburg and Croatia, he returned to title-winning form at Flushing Meadows in New York as he won his first Grand Slam, the US Open.

The win over Ruud also saw him climb to the top of the ATP Rankings.

“I always believe in my team and in my work, so this is something that came with the hard work that I put in every day, the hard pre-season, the work during the year with my team. Everything pays off.”

The teenager, though, is yet to find top form again after his US Open success as he was beaten in the first round of the Astana Open by David Goffin while last week he lost in straight sets against Felix Auger-Aliassime in the Swiss Indoors semi-final.

He also lost against Auger-Aliassime in the Davis Cup Finals group stage as Spain went down against Canada before beating Kwon Soon-woo during his country’s win over South Korea.

Alcaraz will return to action on Wednesday when he takes on Yoshihito Nishioka from Japan in the second round of the Paris Masters.