Carlos Alcaraz focused on Monte Carlo Masters opener, but admits it would be amazing to face Novak Djokovic 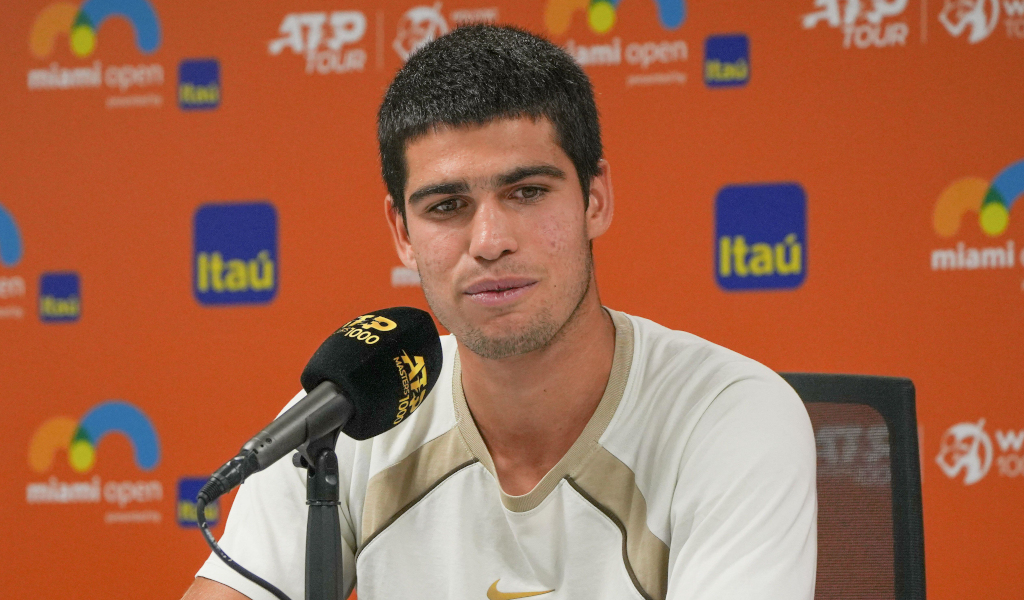 He doesn’t want to look too far ahead in the draw, but Carlos Alcaraz is excited about the prospect of facing Novak Djokovic in the quarter-final of the Monte Carlo Masters.

World No 1 Djokovic and Alcaraz have both ended up in Section 1 of the draw, but they have a tricky path before they can think about the last eight.

Naturally the Spaniard, who is on a hot streak after winning the Miami Open and the Rio Open with a run to the semi-final of the Indian Wells Open sandwiched in between, is excited about a possible first meeting with the 20-time Grand Slam winner.

“I hope to face Djokovic in the quarter-finals,” he said. “Sometimes it’s difficult but I am trying to make it easy. The first time of everything to do my best and trying to manage the nerves of the first time well.”

Djokovic will meet Alejandro Davidovich Fokina in the second round and he could face David Goffin – fresh from winning the Grand Prix Hassan II – or Daniel Evans for a place in the quarter-final.

Teenage sensation Alcaraz faces a tricky opener on clay as he will be up against American Sebastian Korda while he could face 10th seed Taylor Fritz, Jo-Wilfried Tsonga or Marin Cilic in the third round.

“I don’t want to be in a rush. I focus on the first round,” Alcaraz said.

“Looking for the first round first but it would be a great match against the number one of the world. It’s amazing for me. But hope to play well in the first match and hope to meet him in the quarter-finals.”