Carlos Alcaraz admits he ‘couldn’t handle the pressure’ in Montreal, but eyes improvement in Cincy 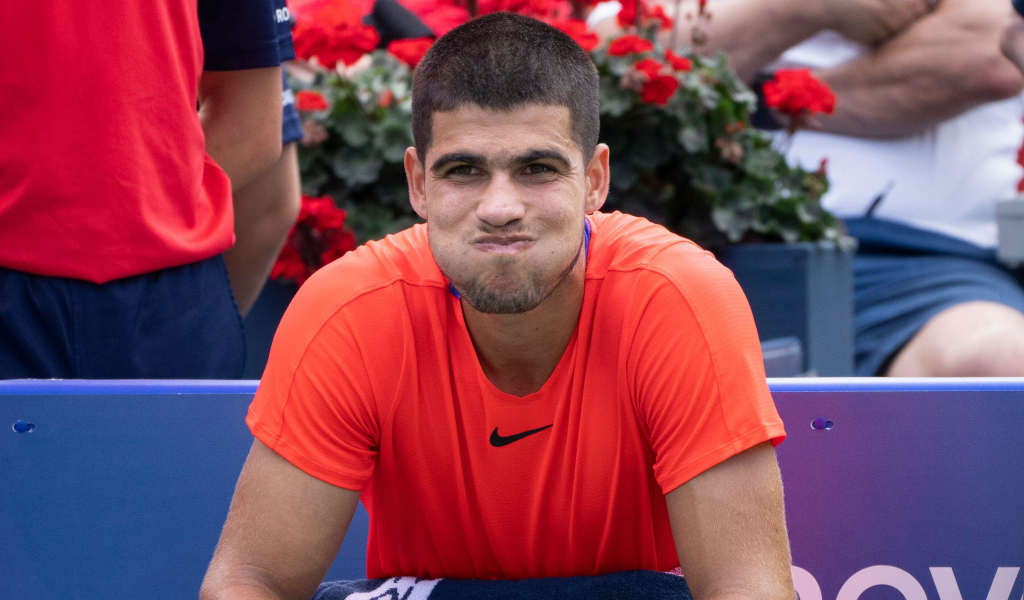 Carlos Alcaraz says the weight of expectation took its toll at the Canadian Open, but he is determined to “use the pressure in my favour” at this week’s Western & Southern Open.

After rising to a career-high No 4 in the ATP Rankings, Alcaraz was seeded second for the ATP Masters 1000 event in Montreal and was one of the favourites to lift the title.

However, the start of his North American hard-court swing got off to a false start as the rising star fell at the first hurdle as he was beaten in three sets by unseeded American Tommy Paul. That early exit came on the back of two runners-up finishes at the German Open and Croatia Open.

The Spaniard conceded that being favourite in Canada was a big burden.

It was the first time that I couldn’t handle the pressure… I have to be ready to have this pressure, to have this kind of moments, and to learn how to handle it! 💪🏻 pic.twitter.com/dLypEV1Ihg

“I understood everything of what happened in Montreal. I couldn’t handle the pressure to be one of the favourites to win the tournament or be the ranking that I am right now,” he admitted. “I come here to train and now show where I am.

“The kind of player I am means that I am trying to use the pressure in my favour. I know I am playing against the best players in the world, so I am going to try my best.”

Alcaraz is seeded third behind Daniil Medvedev and Rafael Nadal for the Cincinnati Masters and will face wildcard Mackenzie McDonald from the United States in the second round on Tuesday.

The 19-year-old, who has won four titles this year – including Masters trophies in Miami and Madrid, believes he is ready to up his game mentally.

“Right now, I take each match as a challenge for me to stay the same as always. I am No 4 in the world, one of the favourites to win this tournament, so it is a bit tough to handle the pressure,” he said.

“But I am training at my best. I am training with the objective to improve and try to produce the game I produced during the clay season and in Miami. It is a challenge for me to be the same.”

If he comes through his second-round clash against McDonald then he will face 2014 US Open champion Marin Cilic or Finnish youngster Emil Ruusuvuori in the third round.