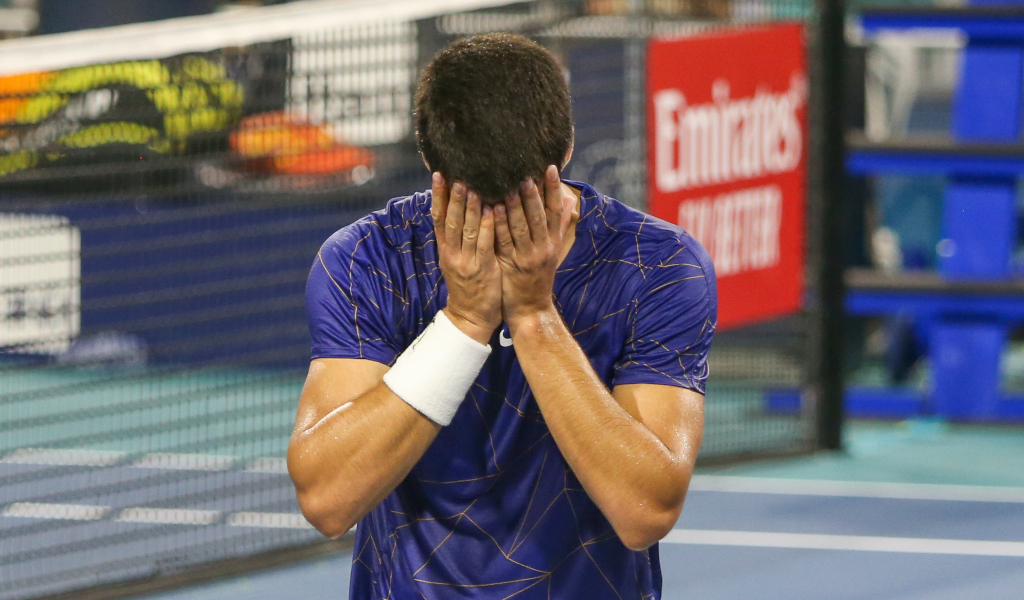 Carlos Alcaraz continues to produce tennis of the highest quality as he made it back-to-back ATP Masters 1000 semi-finals with a pulsating win over Miomir Kecmanovic at the Miami Open.

Fresh from reaching his maiden Masters semi-final in Indian Wells last week, Alcaraz finds himself in the last four in Florida as well with a come-from-behind win over the Serbian.

Kecmanovic was in control early on as he broke in game two, but the Spaniard was back on serve in game seven before the world No 48 edged the tie-breaker.

The roles were reversed in set two as it was the 14th seed who broke in game two and Alcaraz didn’t relinquish the advantage as he took it to a decider.

After no breaks in the third set, Kecmanovic found himself 5-3 up after two mini breaks in the tie-breaker, but the teenager reeled off some impressive points to edge the contest in two hours and 25 minutes.

“I think that I’m playing in Spain,” Alcaraz said about the crowd. “It’s unbelievable. The energy that they push to me, it was crazy. I think without them it would not be possible to get into the semi-finals today.”

He added: “Miomir was playing unbelievable. I knew that I had to put a good level from my side. He had chances to win the match. I did a great shot at 4-5 in the third set, 15/30.

“The rest of the match I’m trying to hit the ball hard to push the opponent off the baseline. The drop shot is good for me. I have confidence with that shot. In the tough moments you have to hit the best shots that you have.”

Alcaraz will face defending champion Hubert Hurkacz for a place in the final after the Pole upset world No 2 Daniil Medvedev.