Carlos Alcaraz on his latest incredible feat: ‘If you had told me in January I would have called you crazy’ 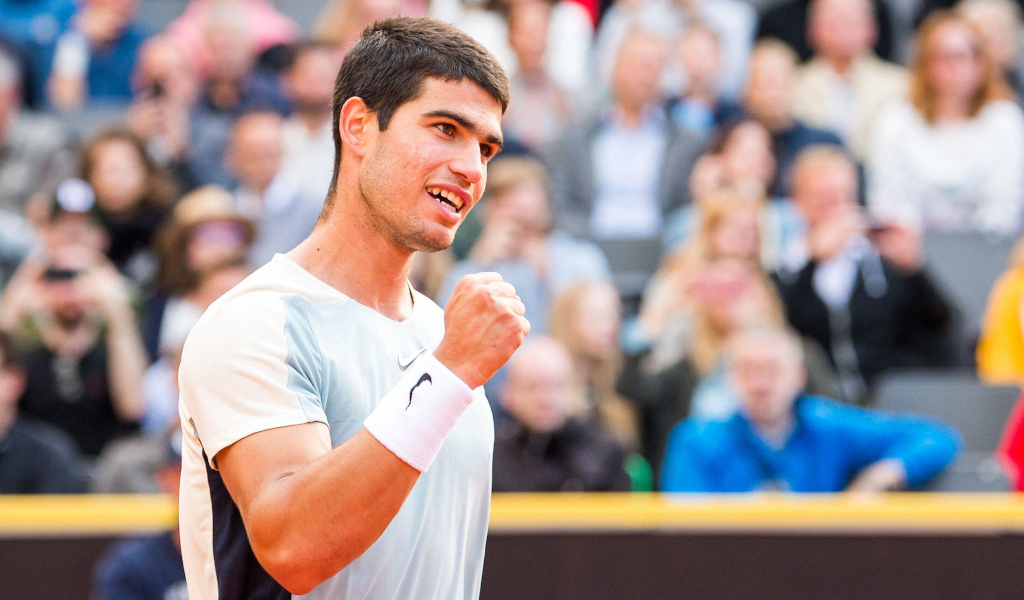 We are just over halfway through the 2022 tennis season and Carlos Alcaraz has already racked up 40 wins with the Spaniard admitting that he didn’t think he would reach the milestone so early.

Alcaraz claimed a comfortable 6-2, 6-3 win over Norbert Gombos of Slovakia in the second round of the Croatia Open Umag on Thursday to take his record for the campaign to 40–6. It was also his 25th win of the year on clay while he has suffered only three defeats on the red dirt.

To put the 19-year-old’s meteoric rise in perspective, he has won 73 top-level matches and 40 of those have come in the first seven months of the 2022 season.

Of course winning four titles – including the Miami Open and Barcelona Open – helps, but when asked after the Gombos match if he expected to get to 40 wins in July, Alcaraz replied: “No, if you had told me in January I would have called you crazy. It is a formidable goal.”

The Spaniard reached a career-high of No 5 in the ATP Rankings on Monday on the back of his run to final at the Hamburg European Open, where he lost against Lorenzo Musetti.

He needs only two more wins in Umag this week to move up another place in the rankings.

“Yes, of course, that’s one more motivation,” he said. “I didn’t know the final would be enough, I thought it would be necessary to win the tournament. But it certainly gives me more motivation.”

Uup next is Facundo Bagnis from Argentina in the quarter-finals.

“Facundo will play very aggressive. He is an expert on clay, he did very well in the Challengers,” Alcaraz said. “He will surely play his best tennis and I want to play at my best level. It will be very complicated, and it will be a different match than the one against Gombos.”