Carlos Alcaraz closing in on a breakthrough week in Miami 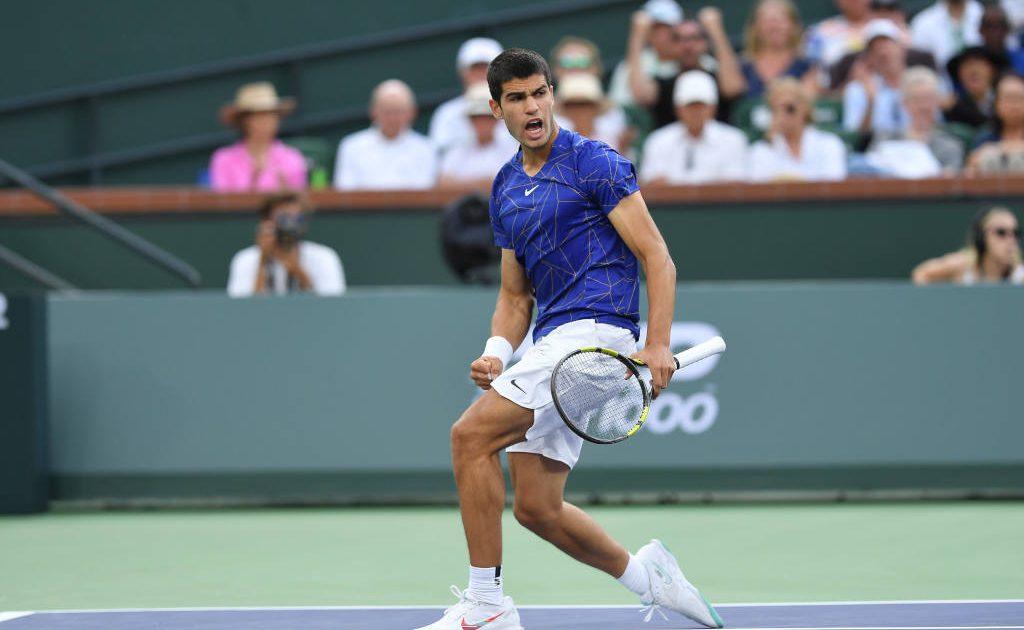 Could this be the week that sees Carlos Alcaraz turn his delightful promise into real glory?

After the Spanish teenager hammered Marin Cilic 6-4, 6-4 in a power-packed match at the Miami Open, the rising star of the ATP Tour suggested we might not have to wait too long for him to become a winner at ATP 1000 level.

Tennis aficionados have been promoting Alcaraz as the biggest threat to the game’s top stars for some time and while he might be at his most threatening in the upcoming clay court season, he is showing real class once again after sealing a place in the last-16 in Miami.

“I started the match well. It was important to get confidence at the beginning of the match,” Alcaraz said in his on-court interview.

“Starting well was the key in the first set and it was important to be up in the match.”

“I think the crowd liked the way I played, with drop shots and playing hard. They love that style and I think here in Miami a lot of people speak Spanish.”

Alcaraz became the youngest ATP 500 champion when he triumphed in Rio de Janeiro last month, before he went all the way to the semi-finals in Indian Wells before losing to Rafael Nadal.

Now he is shining on the hard courts in Madrid, with his big-hitting game suggesting he will be a contender at the back end of plenty of tournaments in 2022.