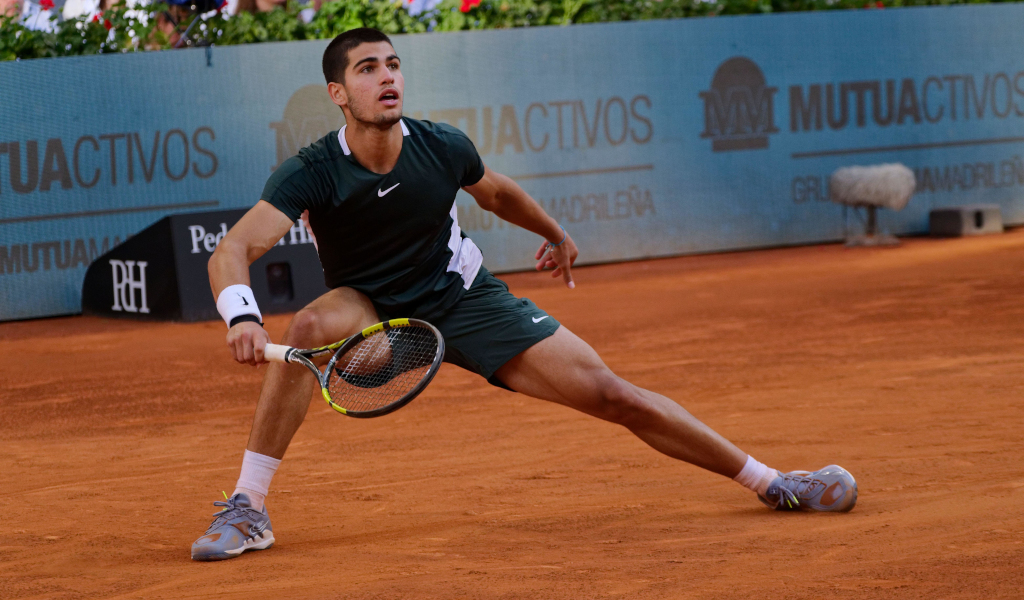 Some players prefer being the underdog at tournaments as there is less pressure on them to perform, but Carlos Alcaraz is not one of them as he is comfortable being the man to beat at this week’s Hamburg Open.

Alcaraz – back on clay for the first time since losing in the French Open quarter-final against Alexander Zverev at the end of May – will start the ATP 500 event as the clear favourite, having already won three titles on the surface this year.

The teenager will be looking to add the Hamburg title to the Rio, Barcelona and Madrid trophies he won on the red dirt this year.

The Spaniard believes his level is good enough to go all the way.

“The French Open was unbelievable for me, reaching the quarter-finals, playing a good match against Zverev,” he told Tennis TV.

“I’m excited to come back to play on clay, doing my best. Of course I have the level and confidence to win the tournament.

“I am comfortable being the top seed, I am motivated by it.”

Alcaraz will kick off his campaign on Tuesday and he is up against a familiar face in Nicola Khun.

“I know him very well because he is a player who also trained at the Juan Carlos Academy, and he also played matches against my older brother when they were both children. I know him very well,” the 19-year-old told Puntodebreak.com.