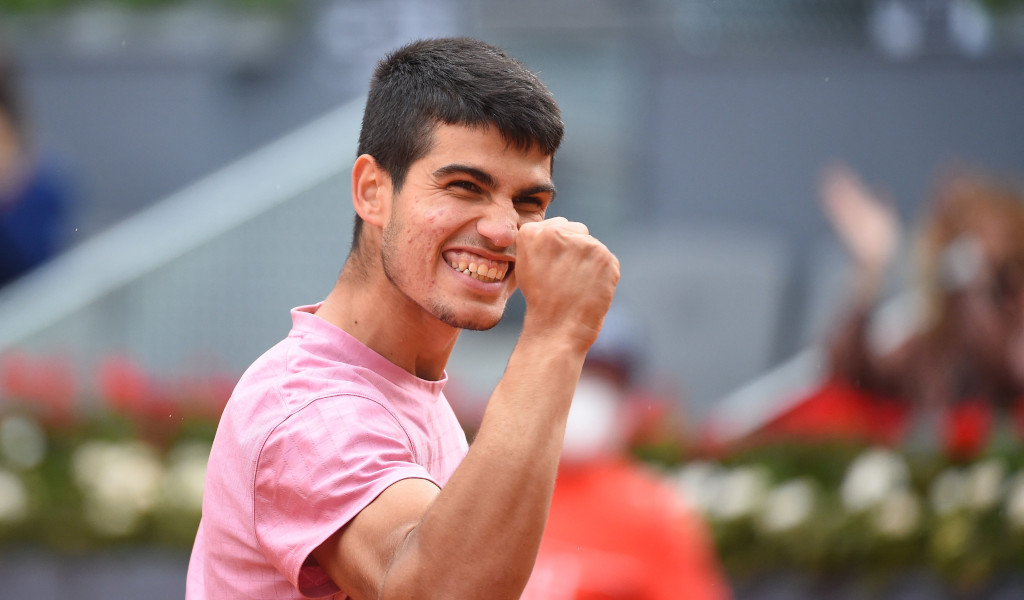 Spanish youngster Carlos Alcaraz won his debut match in Miami during his opening round match against against Hungarian Marton Fucsovics.

Alcaraz had a strong serve throughout the match and as a result won 83% of the points during his first serve and 55% in the second, additionally he converted half of his break points, while Fucsovics failed to win a single one.

The No 16 will be hoping to improve on his performance at Indian Wells when he made it to the semi-final where he was defeated by Rafael Nadal.

Although fellow Spaniard Nadal won the match, he still thought Alcaraz was a stand out player and predicted a bright future for the Murcia-born player.

“I think he has all the ingredients to become an amazing champion, I didn’t come to the match more nervous because I was playing a youngster, I treated it like I was playing against a top-eight player – in terms of level that was my feeling,” Nadal explained after beating Alcaraz at the Indian Wells Masters.

“It looks like he’s humble enough to work hard and to understand that we, the tennis players, if we want to be great champions, the only way is to keep improving during all out careers – that’s what I tried, I really believe that he’s doing that.

“I don’t have many doubts that he will be great, he is already by the way!”

Not only has Alcaraz progressed to the next round in Miami but he’s also added $24,270 to his total prize money which currently stands at $54,400.

In just 12 months, the young Spaniard has gone from world No 120 to No 16 in the rankings and is on course to have a very successful career.